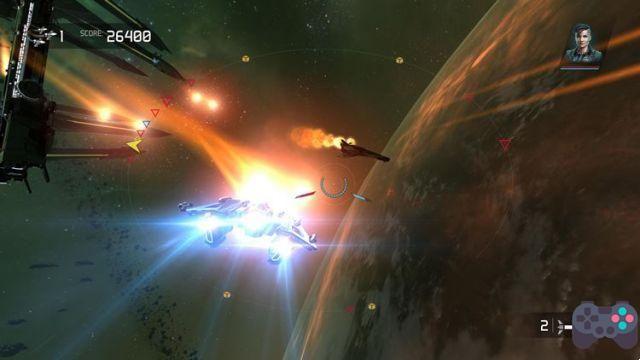 Android fans can celebrate, the long-awaited game Galaxy on Fire 3: Manticore, previously exclusive to the iPhone and iPad, has just arrived on Android. However, the game is exclusive to powerful devices with Android 6.0 or higher.

Galaxy on Fire is a franchise that marked the generation of gamers who started to venture into the stars while still using Java mobile phones. Produced by Deep Silver (Ex Fish Labs), Galaxy on Fire 3 moves a little away from Galaxy on Fire Alliance and gets closer to the origin of the franchise.

In Galaxy on Fire 3, you are a mercenary who will do small jobs around the galaxy. Missions like transporting items or people and escaping space pirates. Despite the combats, the game includes a story and is not limited to arcade shooting.

Despite the fantastic graphics, the great highlight of Galaxy on Fire 3 is the scale. In the best “No Man's Sky” style, you have the freedom to explore various quadrants of the galaxy meeting new planets, allied aliens and dangerous enemies.

Unfortunately, those who have a basic and even intermediate smartphone were left out of the space game. The game requires at least Android 6.0 Marshmallow with OpenGL 3.1 or Vulkan. According to the producer itself, your smartphone needs to have at least Snapdragon 810 chipset, Adreno 430 GPU and 3GB of RAM. You can download the APK from the APK Pure website, but there is no guarantee that the game will work.

add a comment of Galaxy on Fire 3: Manticore spaceship game comes to Android