In the Gameloft game store there are many free games from Google Play that are paid versions without ads and without power caps.

I decided to subscribe to the service Gameloft Club (BRL 3,99 per week) to download some exclusive games from the Gameloft store (wapshop.gameloft.com). This plan is interesting because it allows you to download 2 games per week and the user can cancel whenever they want. Well, I happened to discover some games there that are paid and have free to play versions on Google Play.

The thing is, these paid games are much better versions of the free ones on Google Play. No ads, no microtransactions and free energy. A good example is the game NOVA Legacy. Compare the two images below. 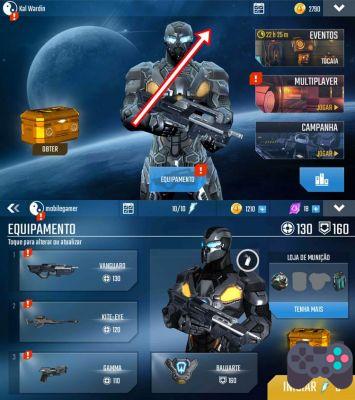 The first image (above) shows the paid version of the game, present in the Gameloft play store, the second is obviously the free version.

Note that there are no freemium elements like energy counter in the first image. The in-game currency system has also been greatly simplified. Gameloft removed the crystals and increased the amount of golden coins earned in each mission.

It reminds me of the old days when Gameloft had a lot of quality paid games. It would be very interesting if the producer put up some old HD Games in its store like Shadow Guardian, 9mm, Backstab and others.

At the moment the interesting games to download are those shown in the top image are: Dash Masters, NOVA Legacy, Asphalt Nitro, Little Big City 2, Aces of the Luftwaffe, Stormblades, Gumball Racing, King of Thieves, Cut the Rope 2 and Subway Surfers.

In addition to these aforementioned games, it is also possible to find Java versions of the company's classics in their Android versions. Iron Man 3 and Modern Combat 4 are good examples. So always look at the game images to make sure you are downloading the game you want.

Most profitable mobile games in the world in June 2021 ❯