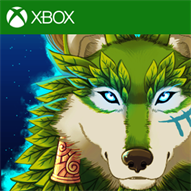 Runemals is a free game for Windows Phone. In it, you will command extinct animals in battles against other Runemals. That being said, the game seems to follow the Pokémon style. But Runemals, mixes styles, that is, it is a combination of RPG and puzzle. The game is all in Spanish.

The game starts with a boy who finds a strange amulet. From him come mythical animals, the Runemals. From there, the game follows a simple line, where the character controlled by the player must face and collect other Runemals.

The highlight of the game is its gameplay that mixes RPG, puzzle and turn-based combat. Time is limited and the player must choose tiles with the same colors as the Runemals. There is also a dark energy that grants special moves, but it is only unlocked after level 10.

Good to pass the time, Runemals has a colorful look, but it has few animations. The idea of ​​mixing RPG and puzzle is not new, but here, at least, the player has command of all actions. Unfortunately, the game takes a while to get interesting, and its story doesn't help with that, as it is very weak.

add a comment of Free Game for Windows Phone: Runemals