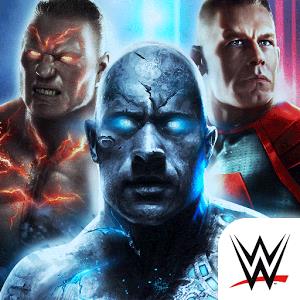 WWE Immortals is a fighting game for Android and iOS where you will command the stars of the free moon in a totally crazy storyline. When finding a kind of lamp, we discover versions of fighters from other dimensions that look more like superheroes. The fighting game is from NetherRealm, the same producer of games like Injustice: Gods Among Us and Mortal Kombat.

In WWE Immortals you will command the wrestlers through gestures on the screen. The gameplay is simple and it only takes a few gestures to strike your opponents. The player controls up to three characters and can switch between them during fights.

Control characters like Triple H, John Cena, The Undertaker, The Bella Twins, The Rock, Hulk Hogan and many more. From my time I only know Untertaker, The Rock and Hulk Hogan, is there Shawn Michaels?

In terms of gameplay, one of the elements that draws attention in the game is the multiplayer mode where you can challenge other players. The mode works very well but the selection of opponents is automatic. For those who will play the single player mode, good news, the game does not require an internet connection.

Endowed with great visuals and an excellent character evolution system, WWE Immortals is another incredible game from NetherRealm. As it is a free game, the difficulty is high and can be compensated with in-game purchases. However, it is possible to proceed without having to pay.