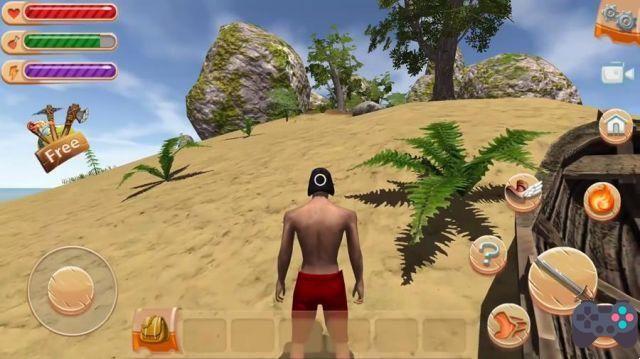 Survival Island 2017: Savage 2 is an open world survival game for Android. Produced by an Indie developer, the game draws attention for its simulation style combined with a survival mode full of innovative mechanics. Your character is lost on an island, and you need to build means for him to survive.

The game has impressive graphics, but that will depend on your device. On most devices, it will be necessary to reduce the graphics, but this has no impact on the gameplay, which remains intact.

In Survival Island 2017: Savage 2, the menus and gameplay are reminiscent of Minecraft, with item options for building and feeding your character. The whole game takes place on an Island, where there are several animals.

The screenshots of the game on Google Play are very different from the beginning of the game. What is shown there is the game running on the computer and with various effects that are not present on Android. Also, what is shown there is only available after many months. Even with this little lie from the developers, the game is worth the download. The gameplay is good and there are even weather and weather changes like day and night.

add a comment of Free and OFFLINE Survival Game for Android