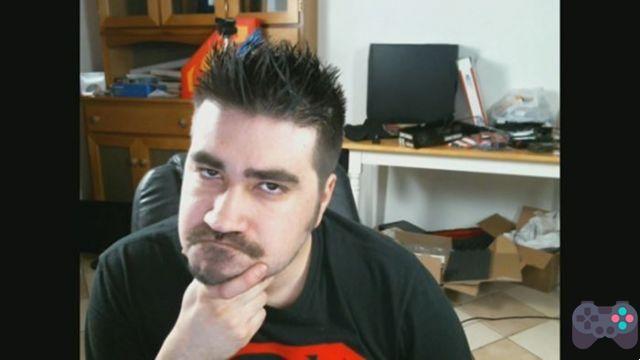 The youtuber gamer Joe Vargas, who is well known for his show AngryJoeShow (in English) at Youtube, made a furious review of the game DC Legends. In the best Angry Rant style, he criticizes a number of elements in the new mobile game from DC Comics and Warner.

As a fan of DC comics, Joe Vargas severely criticized the new title for smartphones and tablets, which features characters such as Superman, Batman e Mulher-Maravilha.

Among the criticisms, he emphasizes how greedy the game is in terms of IAPs (In-App Purchase), the famous “in-app purchases”. After spending $25 dollars, Joe was unable to unlock any additional characters in DC Legends. He hosted a livestream via Twitch.TV, demonstrating the game's mechanics and purchase system.

Unlike other games, in DC Legends, you don't open little packs of cards with heroes. In the game, each character is divided into fragments. It turns out that you need to collect dozens of fragments to form a single hero.

Vargas cites examples of other superhero mobile games such as Marvel: Tournament of Champions (Android, iOS). Where with $5 dollars, you can easily unlock up to 4 heroes.

Vargas continues, showing examples of how the game is poorly made (despite the huge production time), he cites elements such as: very simple animations (he jokes that the vortex looks like a toilet flush), constant downloads, click baits, little in-game content (lots of “coming soon”) and mediocre dialogue. There isn't even an addictive mechanic like in other titles, he quotes.

That's too much for Warner. Joe mentions that there is a high possibility that Warner will pay users or employees to rate the game positively.


But it falls right on top of micro-transactions. Joe says he sees this a lot in mobile games (so do we). For some time now, in-app purchases have become more “obscure”. You no longer buy an item, you buy parts of it or the chance to buy parts of it (Hello, Modern Combat 5).

“Even if you insist that it is possible to upgrade the game without paying (which is probably not true), this purchase system is literally stealing.”

Youtuber doesn't spare criticism, and it's even for mobile gamers. He criticizes those who positively rate games like this on the App Store. For him, the players are endorsing a completely greedy behavior on the part of the producers.

And you, what do you think?