Do you know Dream Edge? New “TPS” mobile is in testing on Android

the mobile game Dream Edge, developed by Laser Edge Studios, entered early access last Thursday (15). The game is a mix of various game elements from the TPS (Third Person Shooter) and MOBA genres, with a focus on strategy and teamwork. A lot of people are seeing similarities between the game and Valorant. 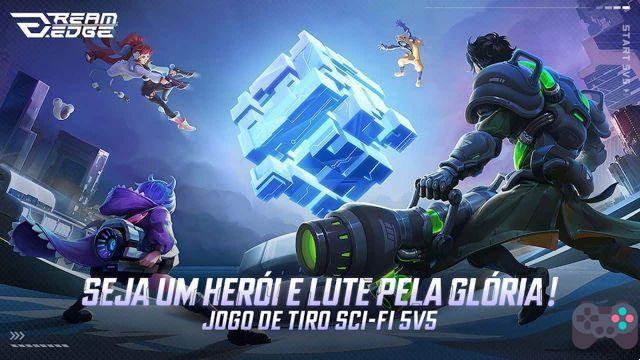 Still in beta, the game revolves around 5v5 matches in different types of game modes like “Team Vs. Team”, “Quick Play”, “Fight for Crystals”, among others. Its main themes are Sci-Fi (Science Fiction) and futurism.

In Dream Edg, we have access to 18 different heroes, each with a unique weapon and abilities. On the game's Play Store page, the developer talks a little about the Weapon System. According to her, each of the weapons has "its own firing range, projectile pattern, projectile speed, and many other attributes."

Another feature that stands out are the “Holoblocks” that we acquire by collecting crystals scattered around the map. These items give the player some utilities such as ramps and barriers to protect themselves from "shots", parachutes to glide across the map, etc.

In addition to the Holoblocks, we have the "Quantum Dives", a form of locomotion through pipe-like structures scattered across the map.

Many players compared Dream Edge to several other competitive games from other platforms like Valorant and MOBA's like League Of Legends itself, as the game has some similar features, with unique playable characters and their unique abilities.

In the case of Valorant, graphically the game has some similarities even though Riot's FPS is in first person.

Dream Edge still doesn't have much information about the release date, system requirements or other specifications. The game is a potential mobile game that could open another E-sport for mobile devices.


The game from Laser Edge Studios is confirmed for Android and IOS, however, as mentioned before, no release date.

add a comment of Do you know Dream Edge? New “TPS” mobile is in testing on Android