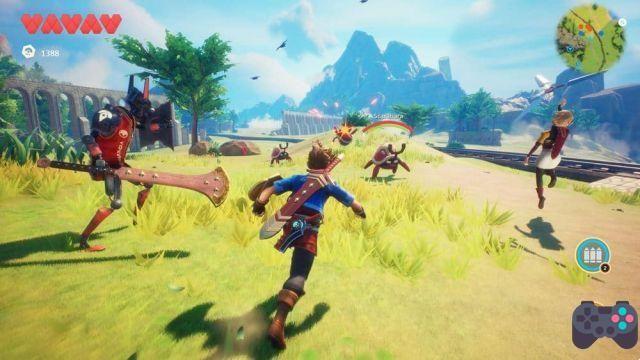 O Apple's most successful Arcade game received a major update. we are talking about oceanhorn 2 which won the “Golden Edition” expansion. The game is free for users of iPhone e iPad Apple Arcade service subscribers.

One of the most downloaded games on Apple's gaming service, Oceanhorn 2 impresses with jaw-dropping graphics and gameplay. With stunning visuals, the Cornfox & Brothers title offers open-world exploration, hack-and-slash combat, a variety of puzzles and quests that build into an action-packed 20-hour adventure.

Located thousand years before the first Oceanhorn: Monster of Uncharted Seas (also available on Android), Oceanhorn 2 follows the adventures of a young knight who, along with two other playable characters, begins a magical journey across vast regions of Gaia. His mission is to defend the lands and people of Arcadia from the army of Warlock Mesmeroth.

Oceanhorn 2 comes to iOS as an Apple Arcade exclusive

Oceanhorn 2 may NOT be released on Android

“We are working on and dramatically improving the gaming experience with this update, as well as expanding it with new content,” said Heikki Repo, Creative Director at Cornfox & Brothers. “The Golden Edition of Oceanhorn 2: Knights of the Lost Realm is, in essence, the best and most accessible version of the game. And there is still more to come, so enjoy the Golden Edition and stay tuned!”

The “Kronos Shield” is a new quest in a new dungeon that gives a shield that deflects projectiles, similar to the one in the first game. “Criminal Hunt” is a series of mini-side missions in which players chase down the thug Sirr Stingalot. and Baron Slimethorn.

Oceanhorn 2 Golden Edition remains an iOS exclusive. The game is available for iPhone 7 or later and iPad 2018 or later. There is no release date for Android.

Did you see? Rangers of Oblivion is removed from Google Play and App Store ❯

add a comment of Did you see? Oceanhorn 2 Golden Edition Update Launches on Apple Arcade