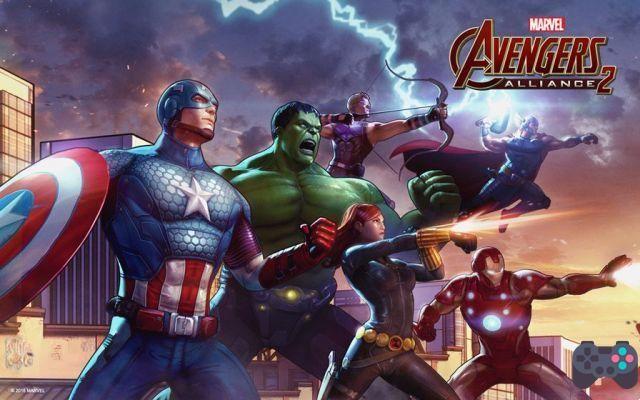 With the launch of DC Legends, decides to give another chance to Marvel Avengers Alliance 2. However, to my surprise, the game was retired de all app stores (Android, iOS e Windows Phone) and the servers down. The “death of the avengers” took place in September.

The news is old, but it's worth giving that repercussion. After all, it's sad to see the greed of certain shareholders who see any mobile game as the next Ca$h, oops, “Clash of Clans”.

Sand that's your mindset, dear investor or developer, you are completely wrong.

A game to reach the revenue numbers of the SuperCell classic, needs to have gameplay that holds the player and keeps him entertained in that universe for several hours a day. In addition to being addictive and very well balanced, Clash of Clans (and other Supercell games) have an active community of content producers such as Facebook pages, websites and Youtube channels.

Marvel Avengers Alliance, by contrast, was too simple a challenge. The main objective just took time. This type of freemium game needs fun mechanics that make the player want to play over and over again. Otherwise, it becomes something so boring it's disgusting.

But Marvel Avengers Alliance had its niche. The game told several stories from the comics with narratives in Spanish.


Now eyes turn to Marvel Tournament of Champions (Android and iOS) e Marvel Avengers Academy (Android and iOS). Although both games have a lot of downloads, there are few activities to keep the player playing for a long time (several minutes a day).

In addition, you can see that Kabam (Marvel Tournament of Champions) is having some problems maintaining a community of active players (the company has already had issues with other Disney titles in the past).

This drop in Superheroes games is accompanied by the poor performance of many movies in the Cinema, is the era of multimedia content based on comics coming to an end? Leave your comment!