The “launch” of the game Ni no Kuni: Cross Worlds da Netmarble was shrouded in controversy because many players rated the game negatively with only one star. Company error? No! it was just the pre-download of the game, the release will only be tomorrow (25). 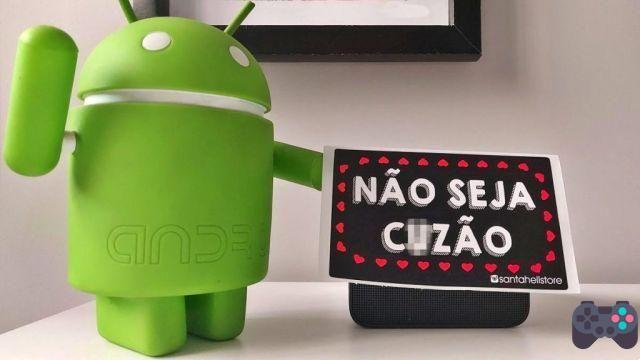 Netmarble itself warned fans that the game's release will only be tomorrow (25th) and that today (24th) would just be the pre-download .

This information is printed on both the Google Play and in App Store. It is also available when opening the game.

The producer thought it would be a good idea to release the download earlier and reveal the release the next day. This practice is very common in MMORPGs, and has already happened on mobile several times as in games like Black Desert Mobile.

But dozens, or less, hundreds of players completely ignored the warning message and thought that today would be the game's launch.

Watch the video below of the ratings the game received this morning.

You, dear reader, must be thinking: “ah, but the message in English, right?”. Wrong, both the game and the pages in the app stores, everything is in Spanish from Spain.

According to the game itself, the opening of Ni no Kuni: Cross Worlds servers will only be tomorrow at 4:00 am.

In addition to the fact that servers are always congested at launch, some people can't understand a simple warning on the screen.

Worst of all, it's when a person only puts one star for a game they haven't even played! And worse, thinking that it will “blackmail the developer”. When in reality she's spoiling a game she had an interest in which she didn't even play.

I understand when disastrous launches happen, after all, we have already reported several of them here on the site. Not the case here. The developer has made it clear that the game will only debut on the 25th.

And even in case you play a game and don't like it. If you've had enough of that free game, there are trillions more to play right now on Google Play, all for free! Just choose! Nobody is forcing you to play game A or B.

add a comment of Dear mobile games fan: DON'T BE THAT