Colony Strikes Back is updated with on-screen controls 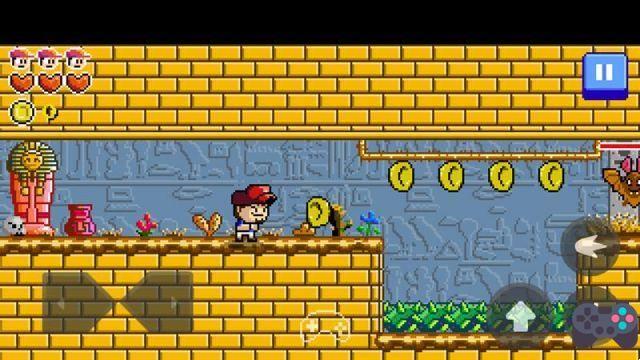 Youtube channel game Colony Strikes Back received an update that adds on-screen controls. Before, the 2D platform game had commands via touch, in which the character ran automatically, and stopped only when shooting. With the new on-screen commands, the game also gained more enemies to balance the difficulty.

Colônia Contra Ataca is not a silly game just to promote the channel. In fact, it is a very good action game, with a lot of content to explore, and all for free!

The player faces three worlds with several stages each (two more worlds will be added soon). In each stage you need to collect three golden cartridges to unlock the next stages. It's a very easy game to play via emulator on PC, but on mobile, without the feedback from the on-screen buttons, the difficulty increases, and that's very good.

One of the most brilliant insights of the game is that the difficulty can be increased even more, if the player chooses to “play with only one hand”. The player has only three lives to complete each stage (with an additional one if they see an ad).

Support for Bluetooth and USB controllers has also been added. But in our tests, the game activated the character's auto-run as soon as the controller was activated. It must be a bug and it might be fixed soon.

With references to old games, whether in elements such as golden Super Mario cartridges and power-ups, Colony Strikes Back is one of the best 2D games of 2017.