Chinese game is a mix of CrossFire and Titanfall 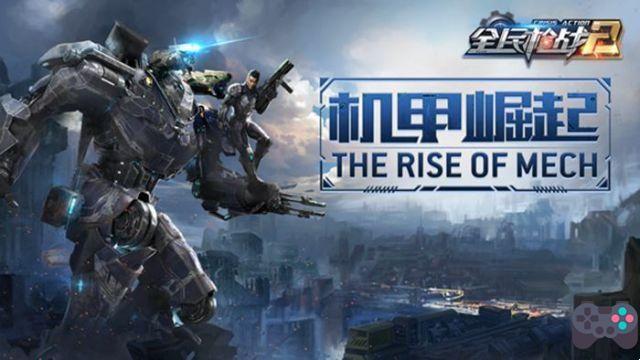 All the Gunshots 2 or simply 全民枪战2, is a first-person shooter game developed by Chinese producer Yingxiong. The game is not available in our language, but like any good Chinese game, just access the official website to download and play.

All the Gunshots 2 focuses on online multiplayer combat. The player chooses and customizes his robot and goes into battle. Because of this different theme. The shooting in All the Gunshots 2 is a little out of the ordinary. Forget the head shots thing, here you have to fire several shots at enemies to finish them off.

There are three weapons that can be used together. Two machine guns and a blade that looks like a sword. When a weapon heats up, it is possible to switch between them.

There are even some championships in China, sponsored by Huawei. The success of the game there is very great.

With matches of up to 5 against 5, All the Gunshots 2: Rise of Mech is a not too heavy game that runs well on most Android devices. The game only weighs 400 MB, but you have to be patient, because due to the distance from the Chinese servers, both the download and the game tend to drop from time to time.

Colony Strikes Back is updated with on-screen controls ❯