Check best games that are currently available on Xbox Game Pass and that already can be played by android by xCloud, the cloud gaming service.

With the arrival of Microsoft's service on Android, a lot of people can be confused thinking that it's not worth paying for the service that delivers Xbox games with the Android system.

Quick answer: it's worth it! If it arrives in Spain with the same molds as its launch in the United States and Europe, xCloud – integrated with Xbox Game Pass – will make it possible to play more than 100 PC and Xbox games directly on your Android smartphone.

Observation: This article is for the sole purpose of being educational and demonstrating what is already possible with an Android smartphone, an Xbox Game Pass Ultimate account and high-speed internet. On the date of publication of this article, to play it is necessary to subscribe to the service using VPN and Microsoft account in dollars. 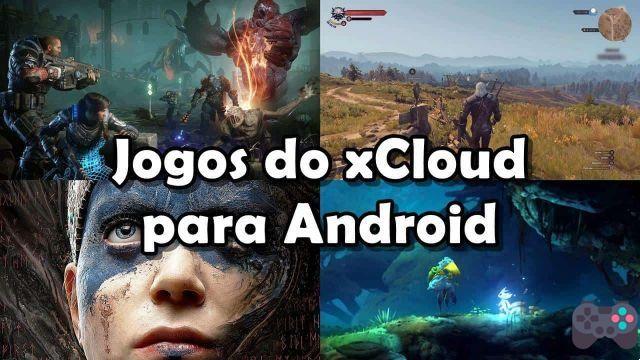 The classic that practically defined the generation is available on Xbox Game Pass. Originally released in 2015, this open-world RPG is still one of the most addictive games of the current generation of consoles.

Gear of War is a franchise that was a blast in the Xbox 360 generation. In this one it may have been a little “off”, but that doesn't mean that excellent games didn't come out. Gear 5 is one of the most beautiful games of the current generation.

Gear of War 4 is also worth a look. The game is from 2016, but it's equally beautiful, vibrant and action-packed. Action shooters like never before on mobile. These certainly won't be leaving Game Pass anytime soon, after all, both games are from Microsoft.

Despite straying a little from the “action” theme of other RE games, RE7 brings a lot of psychological terror and tension to the screen, which will soon be on our cell phones. Possibly other games in the RE franchise should enter the service in the near future.

Yakuza 0 was released in 2020 for Xbox One and is already on Game Pass. What a beauty huh? The action game takes place before the Yakuza and is a jaw-dropping open world adventure. Be sure to check out the remakes of the first Yakuza, Kiwami 1 and 2.

I'm even suspicious to talk about this franchise. I grew up playing Street of Rage games on the Mega Drive at video stores. Street of Rage 4 is an excellent beat'em up that is worth checking out. The game is just a little short for a sequel that took about 25 years to make.

Open world game, or rather open outer space, from the same creators of Fallout New Vegas. Obisidan as always starts from crazy ideas like creating a space wild west with a lot of exploration of freedom for the player.

Yes, another Beat'em up. Battletoads is a remake/sequel that incorporates much of the absurd difficulty of the first game. It's that kind of game that's just hard to screw you over. But unlike the original, this one is really fun to play with 2 or 3 players. Even over the internet.

Created by Platinium Games, NieR: Automata is weird, bizarre and different. Yes, it's an action RPG, but does the game start out as a shoot 'em up? In NieR, we control androids that fight against alien machines that expelled humans from Earth. This adventure has Hack'n Slash as its main combat system. There are 26 endings in total, one for each letter of the alphabet.

Minecraft Dungeons is a Minecraft spin-off that isn't exactly about construction, but takes a more intense look at another facet of this immortal game: exploration. Published by Xbox Game Studios, this is another game that is unlikely to leave the service. It even has all the controls adapted to play on the screen, dispensing with a physical controller on Android.

Like Gear, Halo is another franchise that kind of fell by the wayside from the mid to late 8th generation of games. But it's worth knowing not just the fifth game, but the entire franchise. For a long time, Halo was the most memorable futuristic-themed FPS franchise from the 2000s to 2015.

Something unparalleled even in the competition (Playstation 4), Forza Horizon 4 is one of the best car simulators of all time. Its main difference is that Forza is a “playable” game with a controller, unlike Grand Turismo on PS4.

Ori and the Will of the Wisps

A mystical journey lasting over 15 hours. Ori and the Will of the Wisps is a brilliant metroidvania with strange creatures in an inhospitable environment. The game strikes the perfect balance between life and death, filling your heart with joy one second and crushing it the next.

Cococooombo-breaker. Released in 2013, Killer Instint is a remake of the classic Super Nintendo game. It may seem old-fashioned by today's standards, but KI is still an addictive fighting game that looks pretty darn good in this Xbox One reimagining. Another game that hardly leaves Game Pass.

Hellblade: Senua's Sacrifice is one of the most impressive cases, which shows what a small studio can do. With a unique photorealism, Hellblade tells the story of Senua, a girl who will face Viking hell and defeat various warriors and wizards. With a unique approach that involves psychological disorders of the protagonist, Hellblade is that kind of mandatory game.

Batman Arkham Knight is that type of game that everyone has always dreamed of from Batman. Despite not being the best of the Arkham series, it is a game that looks amazing on any console, even more so on the mobile screen. And you can forget all that controversy surrounding the launch. Nowadays, the game runs beautifully, like a grape on Xbox One and via streaming as well.