Do you like thrills on two wheels? So check out a mega list with nothing less than 20 amazing motorcycle games for you to download and install on your smartphone or tablet com Android. The list includes games motorcycle speed, Motocross and other several different styles. Good downloads. 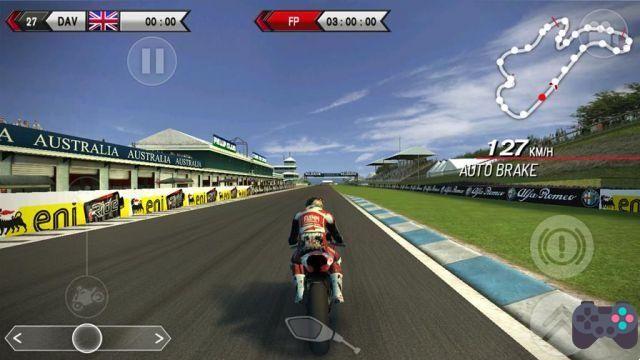 At the top of the list is the most complete motorcycle game for Android. SBK 14 is the official game of motorcycle speed circuit known as Super Bike (motorcycles with 1000 cc). The game is made for high-end smartphones and displays amazing graphics. The gameplay is not simple and requires you to be a good pilot. The game has several modes, but only the "Quick Race" mode is available for free. Despite being paid, we have an obligation to include this excellent game in the list. 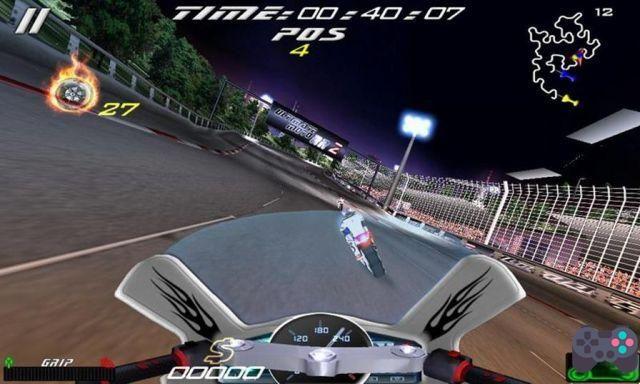 If you didn't like SBK 14, either because it was paid, or because it was “heavy”, maybe enjoy Ultimate Moto RR 2 Free. This one is completely free and very light, running well on any Android phone. However, don't expect the same look as SBK 14. Even so, the game is all in 3D, has two different cameras and is very easy to play. There are 20 races in total and the game has increasing difficulty. 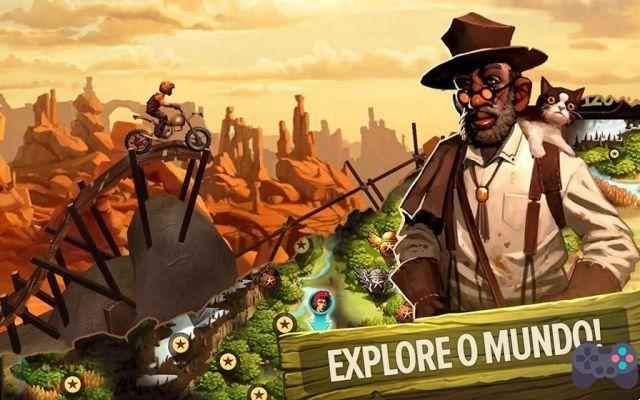 Trial Front is a motocross game where you must go through insane tracks and must overcome all obstacles until you reach the finish line. The graphics are excellent and the gameplay is a lot of fun. The game has a steampunk look with story and all. One of the coolest features of the game is the ability to play completely offline. 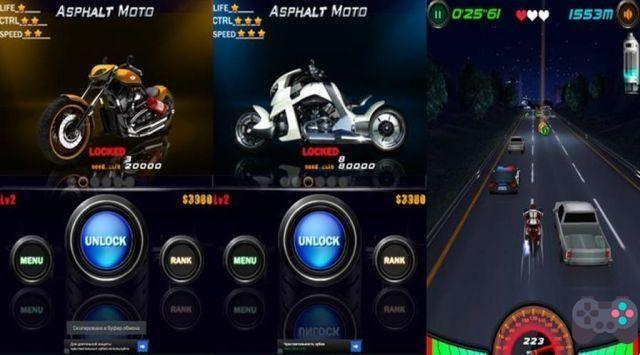 One of the biggest hits on Google Play, Asphalt Moto is not a Gameloft motorcycle game, as many people think, but it remains a fun game. Use the accelerometer (shake the phone) to control the bike and dodge the cars on the track. A simple and casual game, ideal to play on the go. 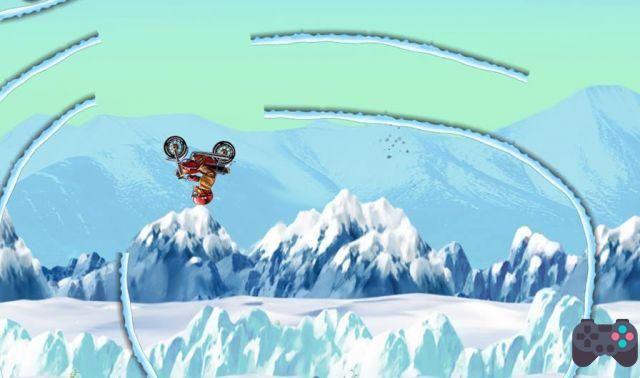 Perform pirouettes and lots of stunts in a fun and casual motorcycle game for Android. Altogether there are 60 tracks of great fun. The game's main differences are very elaborate tracks where you have to use your head to know how to get to the end. 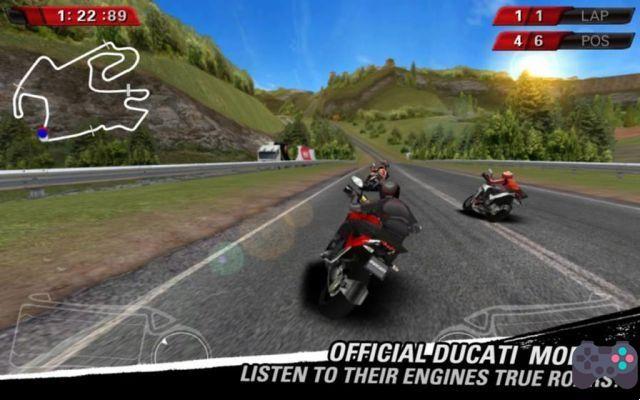 From the same creators of SBK 14, Dozen Challenge free, but this time with several modes for you to play. Take on the championship mode or quick challenge and participate in incredible races riding Ducate's legendary motorcycles. Game with great visuals. The game received an update that compressed its size without losing quality. Now the game only needs 180MB of space. 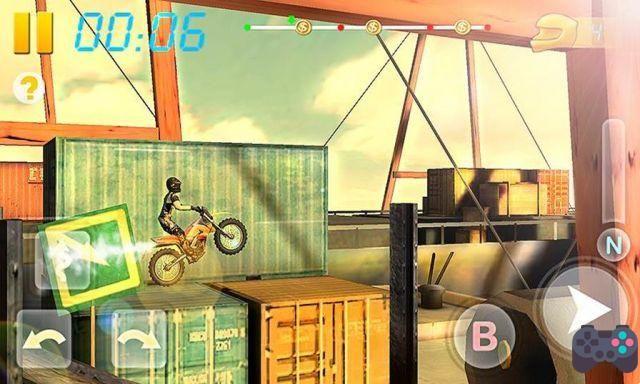 Despite the crazy name, 3D Bike Race – Bike is a motocross game for Android where you'll go through tracks full of obstacles. The game has the same idea as Trial Frontier, but is lighter, being ideal for “weak” cell phones (with little processing power). Altogether there are 60 different tracks and 5 bikes to choose from. 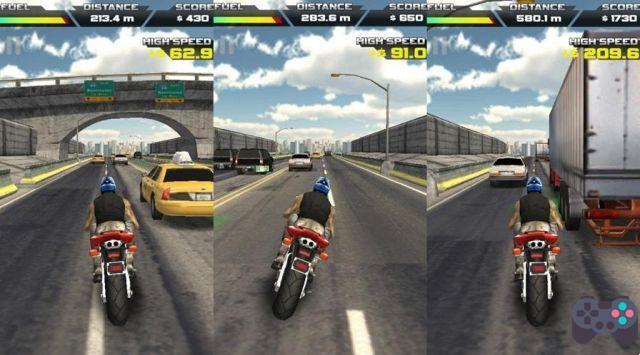 It's time to face the traffic alongside a crazy motorcycle racer. Moto Loko HD is a casual game but with excellent graphics. Dodge cars on a busy highway and try to get as far as possible. 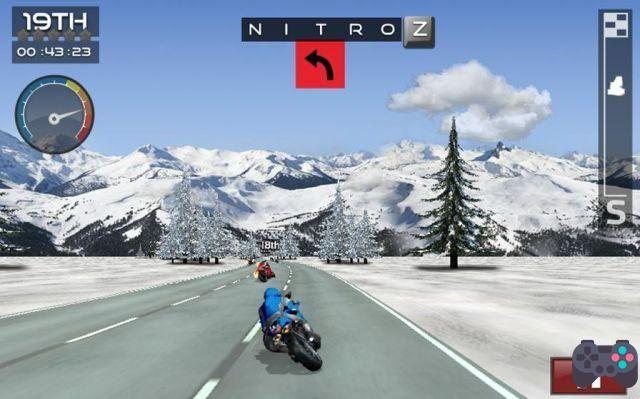 Super Bike Racer is a motorcycle racing game that looks 3D, but is actually pure 2D. The game resembles those old games for Mega Drive and Super Nintendo, with quick commands and pure fun. There are only nine tracks, but the races are pretty tough and will require you to change bikes constantly. 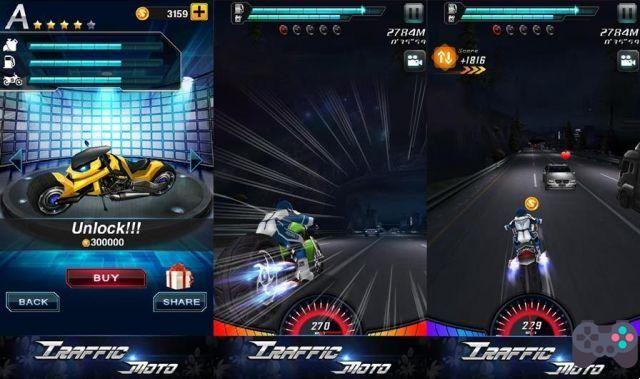 Traffic Moto is a motorcycle game very similar to Moto Loko. But its main differential is in the futuristic motorcycles. The game bets on models with bold design. There are many bikes to run and unlock. The game also stands out for the power-ups that can be collected during races. As in other games of the genre, the point here is to dodge the traffic and try to get as far as possible. 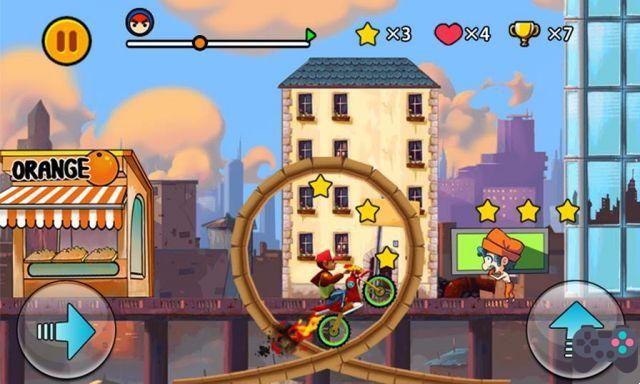 Accompany a smart boy and his cool motorcycle on an adventure to go through all the stages of Moto Extreme – Moto Rider. In this anime-looking game, the courses are pretty crazy, requiring you to be precise with your controls. There are 45 stages of pure fun, with the right to use the “iron man” motorcycle. 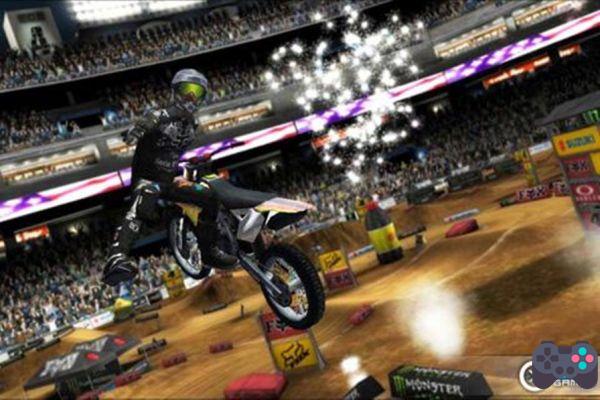 Ricky Carmichael's Motocross is a motorcycle game with amazing visuals and gameplay in the style of motocross games for Playstation 2. Participate in awesome championship in a complete motorcycle racing game. Perform stunts and perform many insane jumps. The game has a complete list of bikes and riders to choose from. 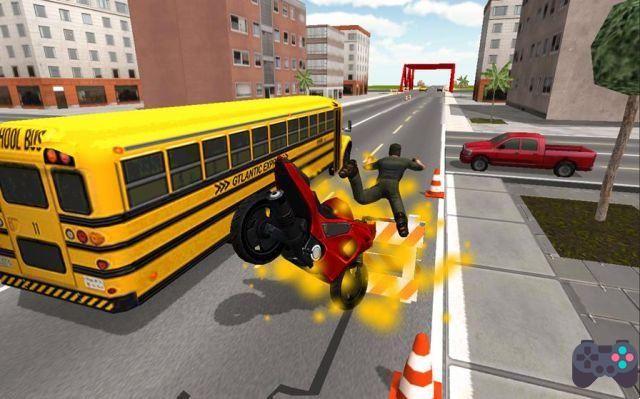 Simple and straight to the point, Moto Bike Racer 3D is a 3D motorcycle game with simple graphics and straightforward gameplay. You will ride cool bikes like Harley Davidson and others. 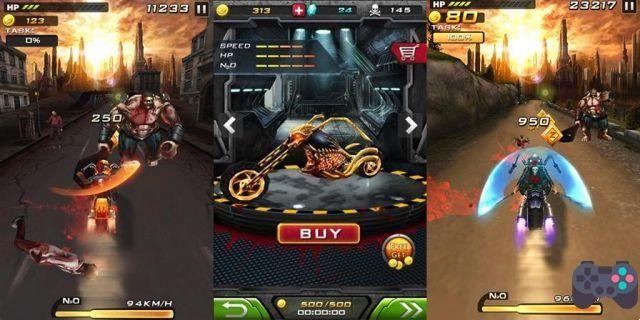 Death Moto 2 is like an Asphalt Moto, but in Hell! The game with a radical look, puts the player in the shoes of a biker who must face several enemies before escaping the apocalypse. There are several monsters that you must defeat with a chain, in the best Ghost Rider style. The game has nice graphics and can be played offline. 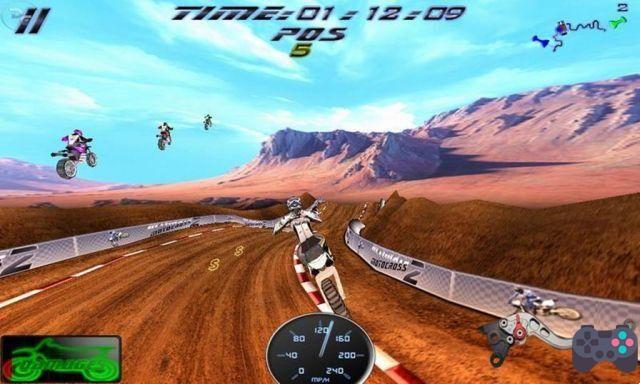 Remember Ultimate Moto RR 2 Free? This is the Motocross version of the same game. Reasonable graphics and easy to play, this is a game for everyone. The highlight here are the heels which are amazing. Game with two modes and many races to play. 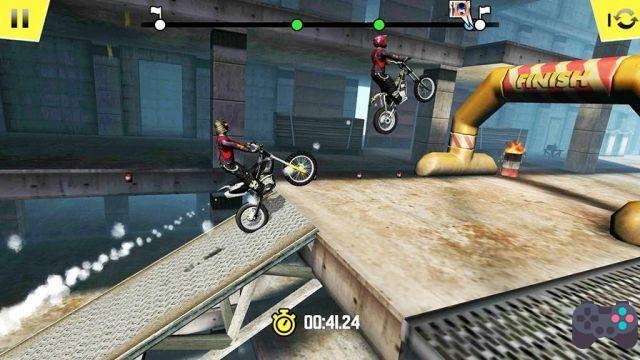 Trial Xtreme 4 is a motocross trials game. They are tracks full of obstacles with loops that will require awesome jumps and lots of stunts. Game with 70 levels and nice visuals. Despite being light, the game is more suitable for powerful devices, as it can present lag on cell phones with little processing power. 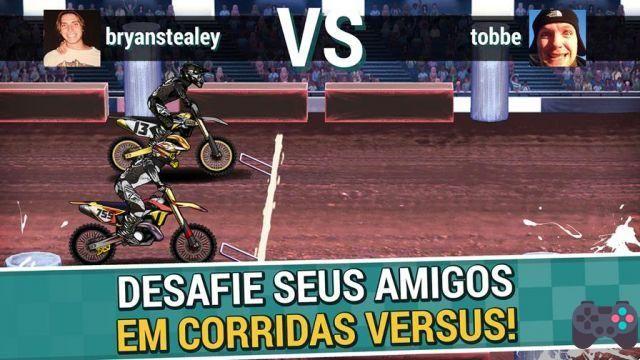 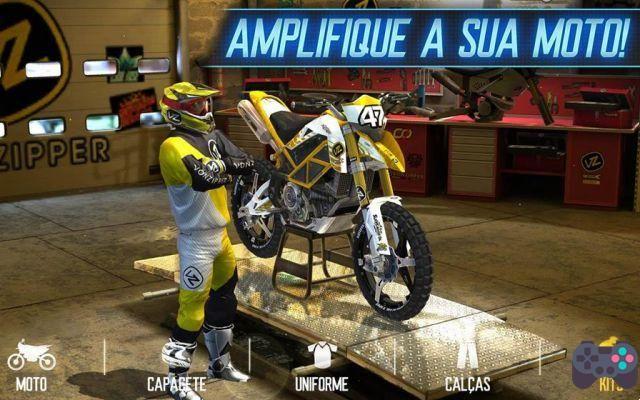 Authored by GLU this is not a recent game, but you can expect sensational graphics. Motocross Meltdown bets on a simple gameplay, combined with a first-rate look. Set the time to accelerate and jump to beat all the races in this super fun game. 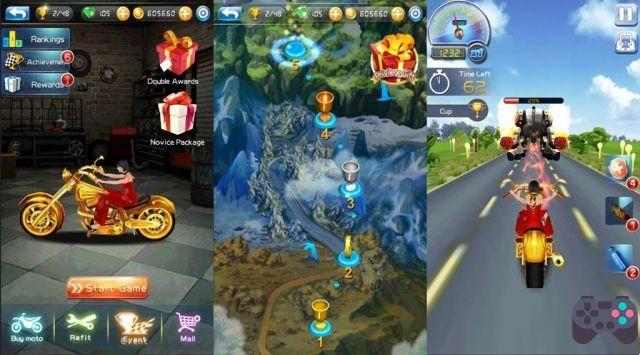 Cats will ride on cool motorcycles in AE 3D Moto 3. The third version of this game, which is very popular on Windows Phone, is also available for Android. The coolest thing about this game is that it is full of stages with boss battles and a map for you to follow your progress. The game starts slow, with weaker bikes, but over time, you will be able to achieve insane bikes. 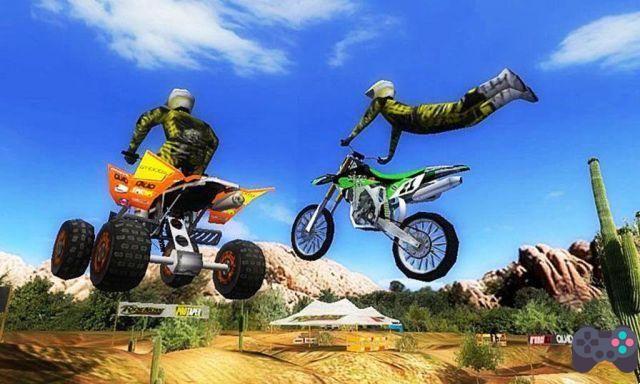 After many casual games, are you ready for the best motocross game on Android? 2XL MX Offroad has amazing graphics and the gameplay everyone wanted. Full of stunts and easy controls, this game is what many have been waiting for on Android. The game is paid, but you can try a race for free. There is only one purchase and that is to unlock the game completely.