The arrival of Xbox Cloud Gaming in Spain overshadowed many releases from the past month. But if you're looking for best games natives of Android e iOS names of September de 2021, here they are.

The month of September was marked by launches of all types of electronic game genres. Strategy games, RPGs, Battle Royale, MOBA, Puzzle and adventure, another month that shows that the mobile platform has all kinds of games. 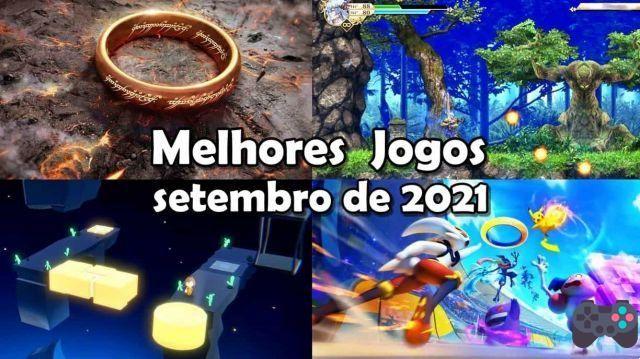 The Lord of the Rings: Rise to War

Perfectly set in the movies and books, it's almost impossible to be a fan of "The Lord of the Rings" and not get excited about the start of The Lord of the Rings: Rise to War. The game uses the same soundtrack and characters are based on the actors in the films.

Rise to War is a strategy game focused on the “war economy”. You'll have to manage your resources well and make alliances to defeat your opponents. The game starts with the player taking on Mordor, but then opens up to addictive multiplayer. But it's worth repeating, it's not a real-time strategy, it's resource management.

Another big September release, Pokémon Unite is a MOBA game, similar in style to League of Legends, but with a more streamlined feel. Instead of legends, you control pokemons and they can evolve during matches.

Developed by Tencent (Timi Studio) in partnership with Nintendo and The Pokémon Company, this game fits like a glove on mobile. The gameplay is perfect and the timing of the matches as well. An addictive game to play alone or with friends.

Free Fire Max was one of the great releases of the month of September. Finally free of the code base that imprisoned it, Free Fire can now gain many more features and innovations.

For now, Garena has focused on general optimization. Over time new features will come.

A Super Nintendo classic is reborn on cell phones and consoles. Actraiser Renaissance brings back the 90s game in a new guise. New graphics but classic gameplay.

The Renaissance version has some gameplay improvements such as a combo system, dodge, special moves and charge.

Based on the successful manga and anime in Japan, but known only to old-timers in Spain, DQ Dai: A Hero's Bonds is nothing more than the nostalgic anime game “Fly, the little warrior”.

The gameplay follows the pattern of mobile games of the genre. So don't expect too much from the game. However, he is just right for longtime fans of the anime.

Relumine is a very cool puzzle game that is available on Android and iOS.

Anyone who enjoyed games like Monument Valley will love this girl's journey through this strange world. Move the camera until you solve the puzzles.

The game is paid, but it's cheap.

Animus: Revenant is the Nintendo Switch version of the game Animus. Paid and offline, the game is very expensive and very “heavy”. Only a high-end smartphone can run it with ease.

The third-person action game has an aerial camera (3/4) and a “Dark Souls” style difficulty. The game is very punishing, so buy only if you are used to “Souls” style games.

A fun and simple adventure about a mysterious murder that happens to a group of travelers. The game is all in Spanish and has a very fun narrative line. You can test the game for a long time, but to finish it you have to pay.

Behind the Frame: The Finest Scenery is a game that looks like it came straight out of a Lo-Fi radio video. A hot afternoon and a painting to finish. But what will this young woman find out about her neighbor? A short game but highly recommended for those who enjoy cute stories.

An evolution of the original version, Nexomon: Extinction is a Pokémon-style game with around 380 little monsters to capture and train.

Anyone who thinks that this one is a simple copy is wrong. The game has very beautiful art, very charismatic monsters and different from Pokémon. Plus there's a story tying it all together. Extinction is free to download and play, but you can purchase the full version to unlock everything in the game.

Games that are in pre-registration or beta testing between September and October 2021 are:

Battlefield Mobile: see the gameplay of the new mobile shooter

add a comment of Best Mobile Games of September 2021