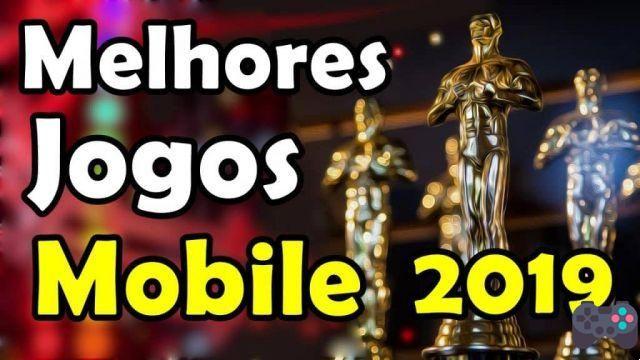 Want to know which were the best Android and iOS games of 2019? Check it out in the most awaited post of the year by mobile game lovers.

Welcome if you haven't spent the entire year playing just one or two Battle Royale games. And if that was your case, welcome too. 2019 was a wonderful year, full of amazing games.

This year we had it all: racing, action, good stories and lots of offline games to beat.

The hottest topic when it comes to mobile games is action games.

Having that feeling of playing a console game makes anyone happy.

2019 was a very impressive year in that regard. Many amazing games have arrived on Android and iOS, but without a doubt, the one that attracted the most attention was Oddmar.

The game had already won here on Mobile Gamer as the best adventure game of 2018, but at the time, it was exclusive to iOS.

The action and platform game arrived on Android in January 2019, and left youtubers like BRKsEdu and the Gameplayrj with open mouth.

An adventure full of charisma, which proves to be a very fun game, going beyond the initial surprise.

With beautiful graphics, Oddmar is strongly recommended for anyone looking for a journey with good story and all in spanish.

Below, you can check out some more action games for Android and iOS that are also worth mentioning.

In 2017, ATP Challenger Tour won best racing game here on Mobile Gamer. At the time, the game was exclusive to iOS.

This year, it won again, as best racing game, this time for Android. It was a 2 year wait that was well worth it.

Since Real Racing 2, released back in 2010, Android players haven't had the experience of playing a Realistic, offline racing with an immersive career mode.

A lot of people are fans of the graphics, but the quality of GRID lies in offering something that we rarely see in mobile racing games: playing without needing your progress to be limited by monetization.


Despite the hefty price tag, the amount of fun on offer is worthy of a console game. But after all, GRID Autosport for Android is literally the same game released for Playstation 3 and Xbox 360.

With all honors, one of the best games released for Android in 2019.

Action games in general are very popular, and the Shooter subgenre is one of the most played. In terms of shooting games, the absolute king of 2019 is Call of Duty Mobile.

Developed by Tencent's Timi Studio, in partnership with Activision, COD Mobile arrived bursting with graphics and gameplay similar to Call of Duty Black Ops 2 and 4 (both console games).

Two sub-genres that mix a lot are the action and adventure genres.

And here at Mobile Gamer, when an action-adventure game takes second place, it usually takes the trophy in the other category.

And I know that in 2019 we had fantastic games like oceanhorn 2 e Grey e Grimvalor! I know.

But for the bad luck of those games, the sensational and free Sky: Children of the Light.

From the same producers of the acclaimed Journey, Sky takes by surprise those who are not used to this type of game.

The game has the same premise as Journey: connecting players through dialogue-free gameplay.

Exit the desolate desert and enter the vast and apparently empty skies.

Gorgeous visuals with giant breathtaking backdrops. A game that entertains and at the same time takes the player to introspection.

In Sky, kids need to catch the lights of the world and rescue fallen stars, putting them back in their constellations.

The end of this game is a transcendental experience in video game form. Something reminiscent of science fiction classics like “2001: A Space Odyssey”.

A masterpiece of mobile games.

Sky is not yet available on Google Play, but you can find it in apps like Qoo-App.

2019 was the year that “auto chess” style strategy games exploded.

And it was exactly the game with that name that deserves the trophy for the best strategy game of 2019.

Created from a Dota 2 mod, Auto Chess became independent in 2019 and the mobile version was very close to the PC version.

In this sub-genre, the player enters a room of up to 8 players. Choose your units and face 1 on 1 battles.

Your characters can be evolved each round, but so can the other two players. The point is to assemble the best team and position them in the most strategic way possible.

The fun of Auto Chess is precisely in long games, where strategy and reasoning can overcome an initial disadvantage.

In Grindstone, you are a desolate Viking who has lost his wife and child. Now he only thinks about going into a mountain and killing creatures that are cute? Wait, how is it?

With non-sense humor, Grindstone is a fun puzzle game available on Apple Arcade. 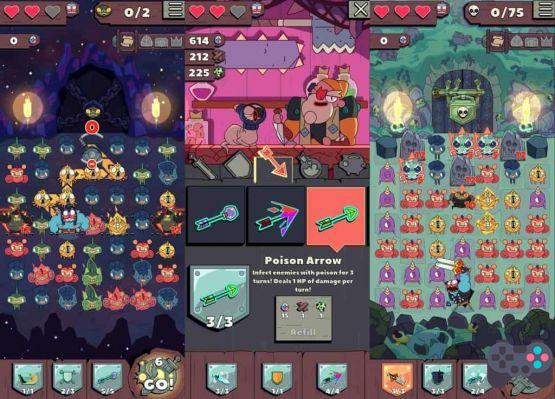 The authors of this piece are the Capybara Games studio. Same creator of the classic java game, CRITTER CRUNCH.

The main formula is the same as in many puzzle games where the player must match 3 or more of the same items. The difference is how the game treats the adventure. Everything resembles medieval RPGs, but with a lot of humor and criticism involved.

Grindstone is not innovative, after all, Puzzle Quest already addressed something similar back in 2010. But Grindstone renews the formula with a very beautiful cartoon aesthetic. One of the few current puzzles that goes beyond "pass-the-time".

Who knew that an indie RPG game would cause so much impact on mobile phones.

Not friendly Stardew Valley, you receive an inheritance farm. Your mission will be to take care of her and interact with the inhabitants around her.

It looks like the recipe for a simple farm simulator, a copy of Harvest Moon. But Stardew Valley proves to be a deep RPG that mixes simulation and role playing very well. A game where you will literally live a second life.

It is surprising how this “Farm simulator” develops its characters. The game opens naturally, revealing many missions, dungeons, combats (believe it or not) and events that vary according to the time of year.

Created entirely from the ground up by just one person, Stardew Valley remains one of the best-selling games on Steam, Nintendo Switch and, of course, mobile too.

It takes about 50 hours to reach the end of the game and if you're one of those who likes to "platinum", you can expect about 150 hours of a lot of adventure.

Whether weeding, fishing and even marrying a character. Oh! and you can ask for a divorce too.

A tip for those who are over 30 and follow the blog. This game is literally therapy. Play it listening to your favorite band's album, audio book or a podcast and you will understand the “zen” state that this game causes in people.

The fighting game genre is one of the most overlooked on mobile phones. To give you an idea, 2015's Mortal Kombat X was revamped to look like MK 11, 4 years later.

Several companies have already given up on this genre. But it's like I usually say: there will always be a small studio to embrace a type of game that big companies abandon.

I'm going to assume it's a small studio, because I don't believe a single guy is responsible for this great game.

Final Fighter had been released in China as Soul Warrior, but it only arrived in the west in 2019.

Final Fighter brings to mobile the lost aura of fighting games like Street Fighter and The King of Fighters.

The mobile game had some legal problems for having a character very similar to Sakura.

But the project was embraced by Tencent, which not only solved the problem but also added SNK characters. What a great help.

And the studios have taken advantage of it a lot. One of them in particular took a while to refine the formula of its game on Android: Feral Interactive.

But this studio's game finally arrived in 2019,

Of course we are talking about GRID Autosport.

The car game is pure technical superiority. When looking at a comparison between it and Real Racing 3, it is evident which game has more “filters on”.

Both are very similar and beautiful, but clearly the Real Racing 3 team avoided using some techniques to make the game more compatible.

We had other games with jaw-dropping graphics in 2019, but few of those games were released in the west.

So it's up to GRID Autosport, the best graphics trophy of 2019.

Other games with amazing graphics released in 2019.

Speaking of games that haven't come yet, the game that was elected here as the most awaited for 2020 is Giant Network's "Bloodborne / Dark Souls".

Pascal's Wager draws attention both for its look and its premise. The game really wants to be an authentic 3D action game like little seen on cell phones. With lots of action, but without making the story irrelevant or silly.

I would even say that this is the most scarce subgenre on mobile today.

In addition to it, it is also worth remembering any game that Tencent wants to bring to the West. Serious!

There are a lot of games that didn't make the list because they are only available in Chinese.

Soon we will make a video with these games that should arrive in 2020.

Finally the category everyone has been waiting for. Which mobile game can we consider the best of 2019?

What is our “Game of the Year”?

Call of Duty Mobile can be fantastic in many ways, but it falls back on repetition too fast.

GRID Autosport is visually amazing, but nothing groundbreaking.

The year 2019 was marked by Apple Arcade with many indies, and by the consolidation of large companies that launched Battle Royale games.

Who gathers several adjectives and at the same time surprises is a game called Sky: Children of the Light.

Sky's journey through the skies delivers an unparalleled mobile gaming experience. A game that looks like multiplayer, without clear objectives, but that has a beginning, middle and end. An adventure not just to beat, but to beat together with other people.

And here ends our article on the best games for Android and iOS of 2019, a big thank you to those who visited the site and we'll see you next year!