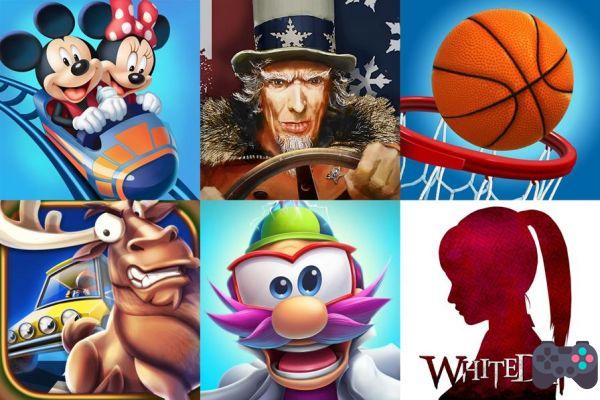 The week on the App Store was marked by the launch of casual games. Nonetheless, White day, a paid horror game stole the show. Check out the main releases of the week for those who have iPhone, iPod Touch e iPad.

Disney's Magic Kingdom is a Gameloft game developed in partnership with Disney. Unlike other construction games, the game stands out for its story that promises to involve children of all ages. The addition of several characters from Pixar movies such as Toy Story, Wall-E and others stands out. The graphics are very beautiful.

Basketball Stars is a street basketball game with great graphics developed by Miniclip. The game focuses on simple commands, as in any Miniclip game, however, it draws attention for its high quality graphics. The controls are simple, just slide your finger over the screen to make baskets.

Tesla Tubes follows a very popular game pattern on any cell phone, that of connecting dots without crossing lines. Here the idea is masked with beautiful graphics and a theme about electrical circuits. Beautiful visuals and hundreds of levels to play in a game that requires thinking.

Winterstate is a strategy game unlike anything you've ever seen on mobile. Winterstate is the new United States after an ice apocalypse. Humanity survived, but as there is no more State and Laws, savagery took over everything. In the game, you need to drive vehicles through places full of dangers. The game also has moments for building and online multiplayer racing.

Ideal to pass the time Miss the Moose is a game where you control a car that goes around in circles. The challenge is to dodge Moose that cross the road. Very simple gameplay.

Little-known horror game, White Day was originally released for PC in 2001 and now has a remastered version for iPhone and iPad. For those who are in doubt whether to buy or not, the game impresses both in terms of visuals and gameplay. You command a boy in a haunted school. Unravel the mysteries and understand what is happening. The game has a half Silent Hill, half Fatal Frame feel. However, be aware, even paid, the game only works with active internet.