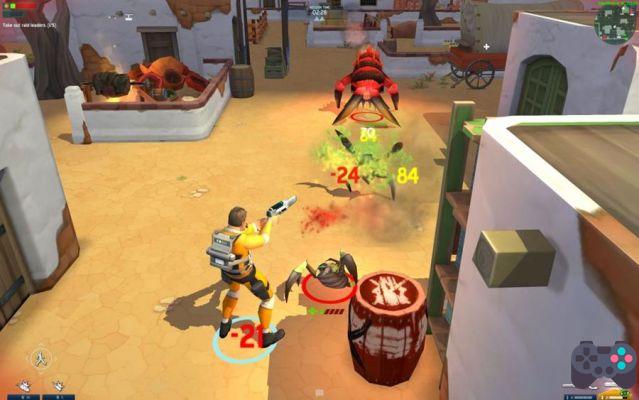 The week was one of great releases and nostalgia for those who have iPhone, iPod Touch and iPad. The highlight of the week is Dead Run, a new game inspired by the TV series Fear The Walking Dead. Other games that also drew attention were titles inspired by past franchises such as Elifoot and Sailor Moon. Check out our weekly top.

Sailor Moon Drops is a game for iPhone and iPad that follows the Candy Crush Saga style. The solution found by Bandai Namco is simple, but it combines very well with the nostalgic anime of the 90's and 2000's. The objective is to match the same crystals and walk through the scenarios interacting with other characters in chibi look.

One of the highlights of the past week is not a launch. Space Marshals is a shooting game with a good story and beautiful graphics. You control a space sheriff who needs to arrest a dangerous inmate who has escaped from jail. The game has a seemingly simple proposal, but it has incredible gameplay. Free for a limited time, this game is a must for anyone looking for a good deal on the App Store.

Elifoot 98, one of the games that I saw more people from work spend hours playing (on duty), was re-released, just like that, on the iPhone and iPad. In this game, the objective is to manage one of the Spanish or international clubs and play matches against other players to see who is the best coach. The game is very light and the focus is on statistics. So if your thing is graphics, FIFa 16 is for that.

One of the most downloaded games of the week on the App Store was Slither.io. To summarize, the game is an Agar.io with little snakes, or it would be worms. It's ironic how Spore failed, but its gameplay has been recreated in a multiplayer that first addicted the world to Agar.io and enchants it again to Slither.io.

Chamelion Run is a creative running game where your character needs to change color to keep running. The look is very different, but very well done. The trick is to jump with the touch of one finger on the screen, and change colors with the other. This mechanic makes the game addictive. It is worth mentioning that the game is not an infinite runner, but a platform game with delimited scenarios.

The series Fear The Walking Dead receives its first game, and is a runner. Bad news? By no means, Dead Run has a casual proposal, but its gameplay and, mainly, its ambiance, are very good. Control people who are lost in the first minutes of the zombie apocalypse and see the little story of each one of them. Dead Run is great for playing with headphones.