As the year progresses, it seems that amazing games keep coming to Android, it's absurd! Last month we had three insane releases! Lara Croft: Relic Run, Mortal Kombat X e Marvel Future Fight. As if that wasn't enough, there was also the remake of Snake, the popular snake game. Let's go to the list of the best games of the month of May. 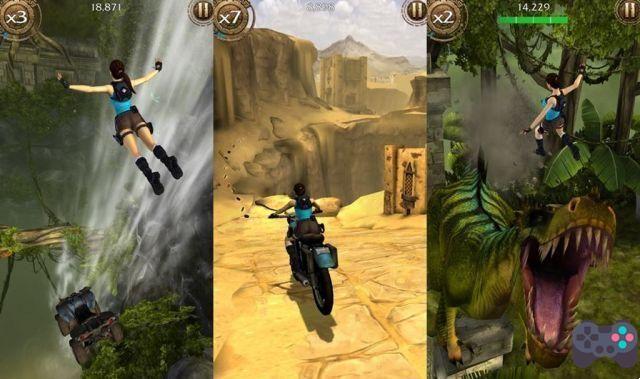 When it was first announced, Lara Croft: Relic Run was rated just a clone of Temple Run. However, the running game that features Lara Croft in the lead role is amazing! Great controls combine with gameplay variety and good graphics. The highlight is the action scenes with the right to ride a motorcycle and jump on dinosaurs. And it doesn't stop there, the game still has shooting sessions against villains. Very good! 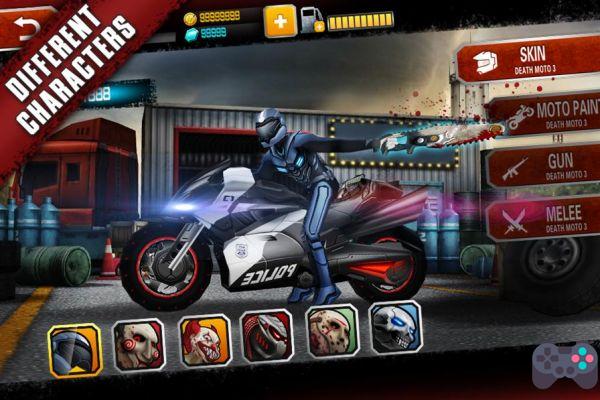 road rash It's a classic from the 90's that I miss a lot. After all, riding a motorcycle and detonating opponents with chains and clubs is guaranteed fun. In Death Moto 3, we have a clear game inspired by the old savagery of the Playstation and 3DO entries. The new game from this producer completely changes the gameplay and is technically an “Asphalt” with motorcycles. Fun and violent, Death Moto 3 is one of the most beautiful and fun motorcycle games on Android. 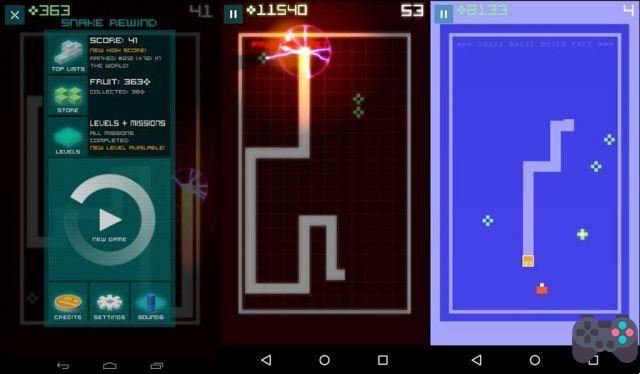 The classic Cobrinha game, made by the same developer that programmed the version for Nokia mobile phones, has just been renewed for Android. Snake Rewind is the reimagining of the classic game with a new look, but keeping a retro feel. The look is nice and the game has several controls, for those who are not used to the standard control. Snake Rewind also has several objectives and it is possible to unlock new scenarios. 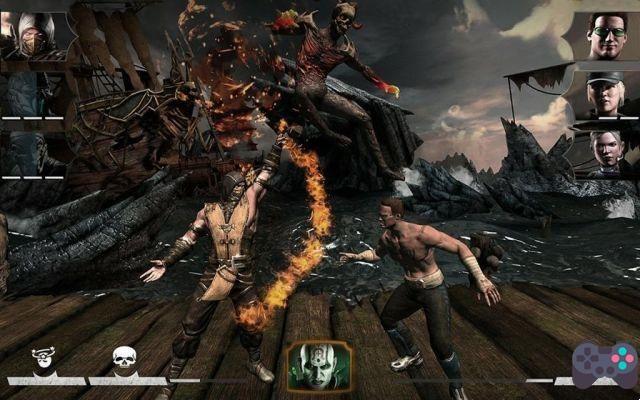 Literally the deadliest release of the month of May! Mortal Kombat X is the mobile version of the fighting game that was first released for Playstation 4 and Xbox One. The game is a reduced version and without so many combat options. Still, it's a good experience for anyone looking for a brutal and violent game. Assemble your team and set off on an adventure to defeat various Outworld warriors. 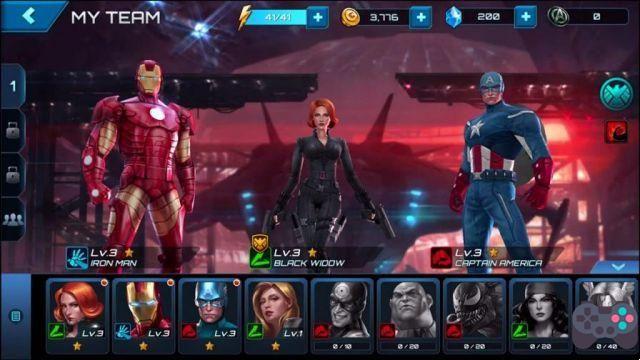 May was marked by the release of the movie Avengers: Age of Ultron. Arriving exactly on the day of the film's release, Marvel Future Fight is a "street fight" style game that allows you to control not only the Avengers, but several other fighters. The missions are short and the game requires an internet connection. But if you're looking for a game with action and the heroes of Marvel, you just found it. The graphics are very beautiful and the gameplay is classic style. 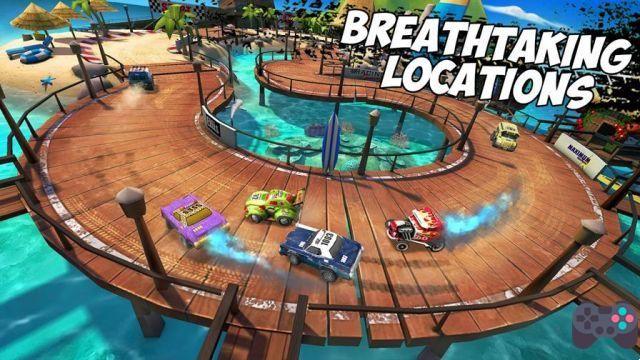 Mini Motor Racing WRT is a racing game where the cars look cute but are very fast. Run on various tracks and pass through various very beautiful scenarios. The highlight of the game is the graphics, they are excellent. The only negative point is that the game needs internet to download the tracks. So when accessing the game, remember to download all the necessary content to be able to play offline. 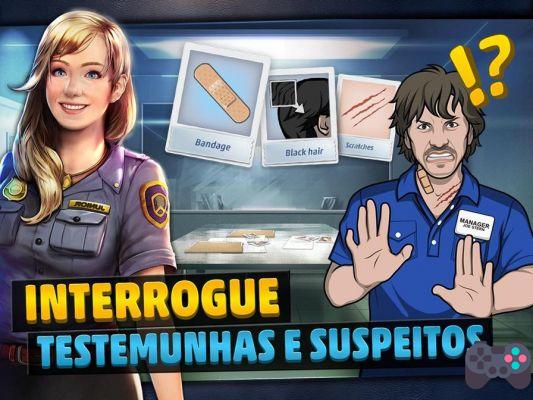 Not fun Caso criminal, your mission is to unravel chaos and arrest criminals. The game is all in Spanish and looks great, as well as being very easy to play. The game had an incredible success on Google Play and is the most downloaded game in the month of May.

- In Era do Gelo: Avalanche 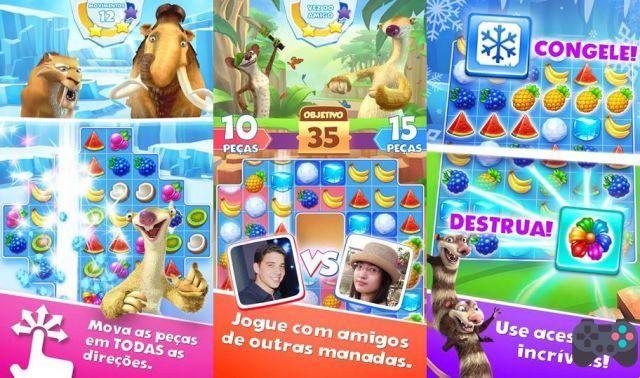 Surprisingly, Gameloft released A Era do Gelo: Avalanche by surprise on Google Play. The game is very similar to games like Candy Crush Sage, but with two differences: you can match pieces diagonally and you can play online against your Facebook friends. The visuals of the game are very good and, as expected, the game has the participation of the whole gang from the “Ice Age” movies. 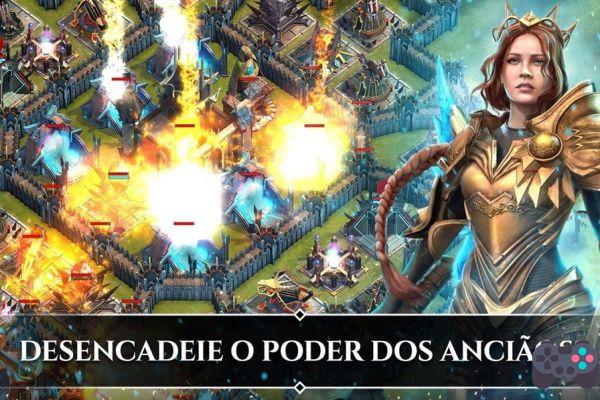 Also in May was released Rival Kingdoms, strategy game along the lines of Clash of Clans. All in Spanish, the game wants to draw the player's attention to the epic look. The game resembles Clash, but there are changes to the gameplay, such as greater use of different spells and dragons. Ideal for those looking for a quick strategy game and already bored clash. 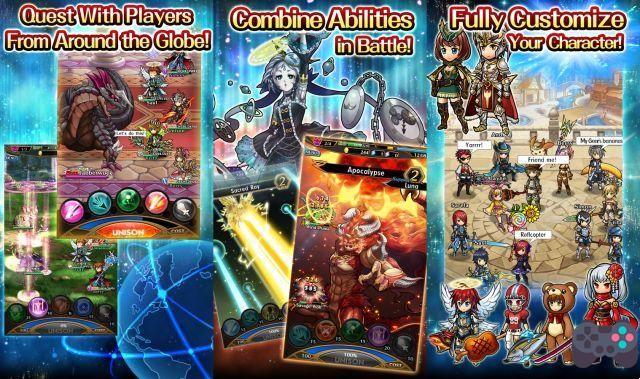 Unison League is an anime-like RPG with turn-based combat. With a touch of Final Fantasy, the game's differential is in the possibility of playing with other players. As you might expect, the highlight is the joint attacks, which create great evocations. Literally the Final Fantasy Online for Android that many were looking for.

add a comment of Best Free Android Games – May 2015