many games for Android were released in February. We separate the best free games. The list may have left out some well-known games, but remember: our focus is on free games that are really good and playable, not just cute games that you uninstall in 10 minutes. Let's go to the list! 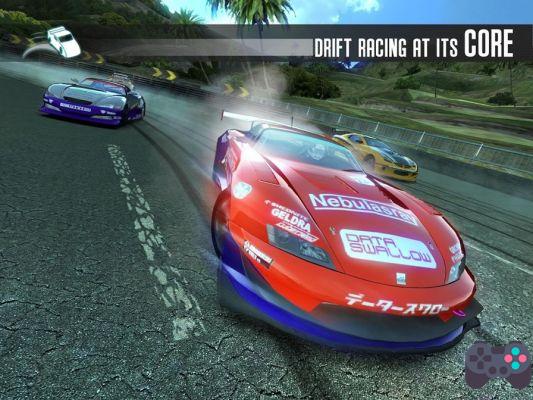 February's big release was Ridge Racer Slipstream. Namco's racing game makes its Android debut with a heavy game, literally. There are more than 800 MB of content in a racing game that is neither “crazy arcade” (like Asphalt) nor too simulator (like Real Racing) Ridge Racer Slipstream is in the middle ground, which reminds many of the first racing games in the world. 3D Drive several different cars on narrow streets taking advantage of the opponents' vacuum. The game is focused on single player mode. There is no Online Multiplayer mode. 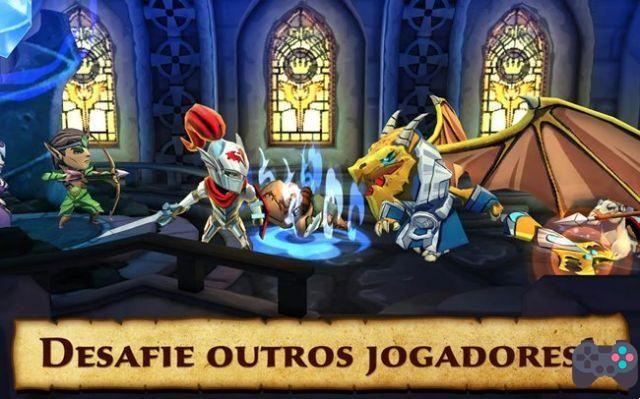 Command heroes and warriors in the task of guarding magical towers in Defenders & Dragons. The game is a “Side Defense” with very beautiful graphics and a soundtrack that stands out immediately. The gameplay of this title is simple, there are no attack buttons, only special moves. Defenders & Dragons puts the player to try out various warriors before deciding which one will be their favorite champion. The game is free, it's in Spanish, but it has micro-purchases. You only need internet to play the first game, the others can be played offline.

– The Secret Society (Thank you) 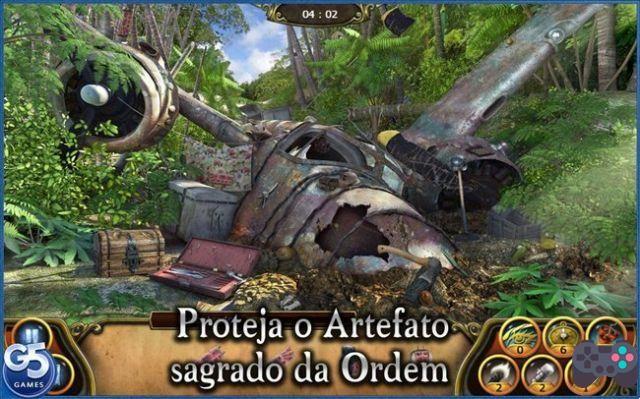 In The Secret Society, the player will protect a secret society from a conspiracy. Such a society seeks to unravel all the mysteries of the world and is being threatened by a strange agent. The game that looks like an adventure, turns out to be a puzzle. The game is from G5 and unlike other games from the company, it is possible to play a lot without paying. The Secret Society is all in Spanish and has thousands of puzzles to solve. 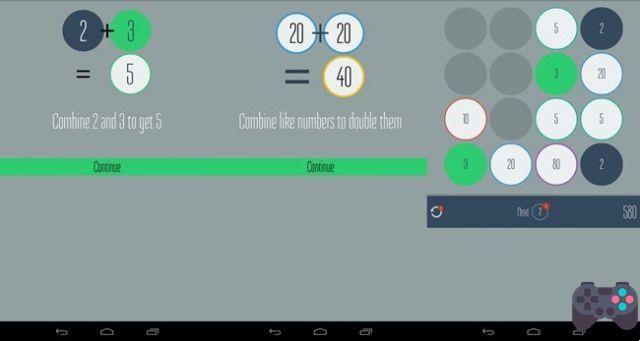 Fives is a puzzle game for Android where you'll have to match numbers that are multiples of 5. It sounds very simple, but it turns out that when the board is filled, the game is over. The goal is to get the highest score possible. With a little effort it is possible to score more than 7 thousand points. The game has simple commands and is great for stimulating logical thinking. Ideal for exercising the mind. 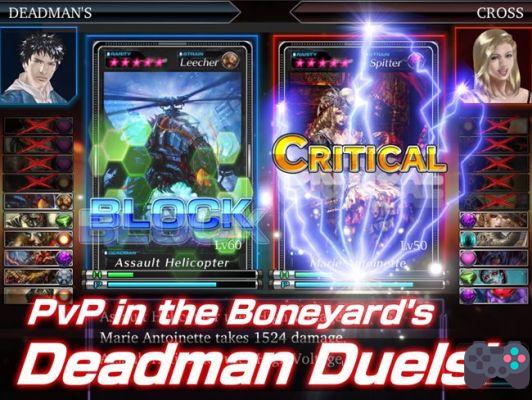 Developed by Square-Enix, Deadman's Cross is a card game for Android that mixes Trending Card Game with first-person shooter. Deadman's Cross has an unusual gameplay where you capture zombies and then use them against other characters. There's an interesting story going on behind this TCG, with lots of intrigue and twists. You will be able to use the cards in combats against other players. The game was developed by the same team that created Guardian Cross. 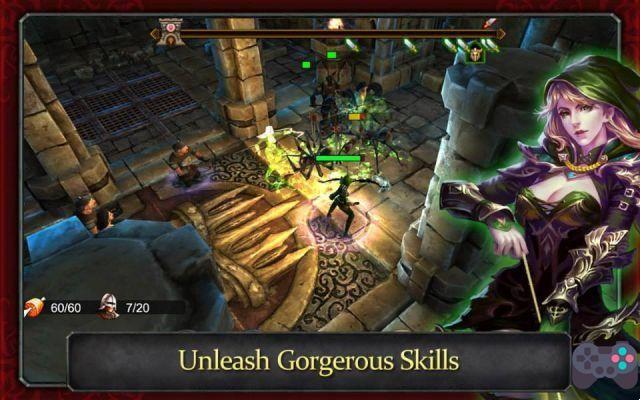 New action RPG from Crescent Moon Games, the same Ravensworld. The Android game has great visuals and exciting gameplay in a style very similar to the game Diablo. There are 40 levels in the "Dungeon" format to face many dangers. With the money earned in combat, you can upgrade weapons and characters. The game is good, but it is recommended only for powerful devices, on medium devices, crashes may occur. 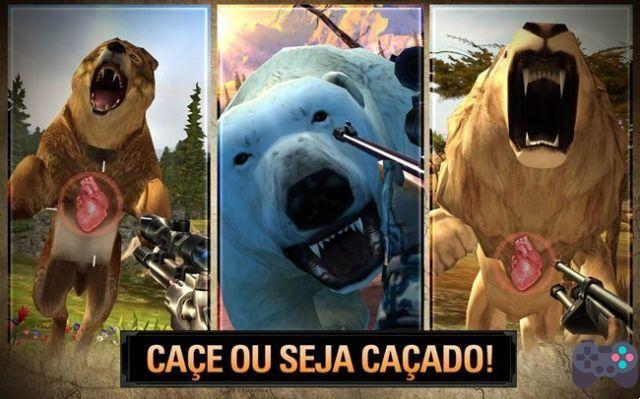 We're not big fans of hunting animals, but many do, so Deer Hunter 2014 is part of our “Best Android Games for February”. The game has been out for some time, but it has been updated with many new features. One of them is the inclusion of new hunting modalities. It is now possible to hunt ducks and other animals in the same season. Deer Hunter 2014 has great 3D graphics and evolutionary gameplay where you'll have to buy new weapons to hunt bigger animals. 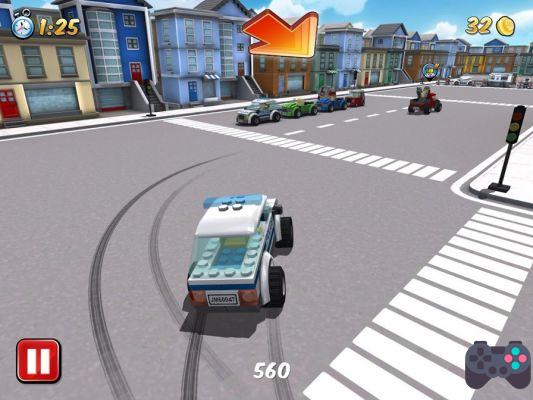 LEGO City Undercover is a stupendous and sensational game for Wii U. However, there's no way it has a smartphone version. Lego City: My City attempts to fill the gap with free gameplay without the need for in-app purchases or advertising. The game is truly free and you can enjoy all the missions. Just select each mission from the menu and play. The only bad part is that each mission is quite limited and ends soon. Ideal for children. 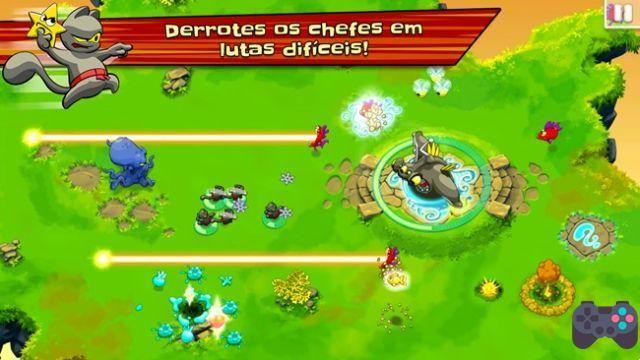 Various ninja cats will be your character in Ninja Hero Cats. Defeat various enemies controlling 4 ninja cats. The game is from Global Fun, an old acquaintance of Java game lovers. The Android game displays advertising, but it is possible to play offline. The commands are simple. There is only one directional pad to move the characters and an attack button that serves to deliver a special move as cats attack from a distance. The objective of each stage is to defeat the boss and reach the end. 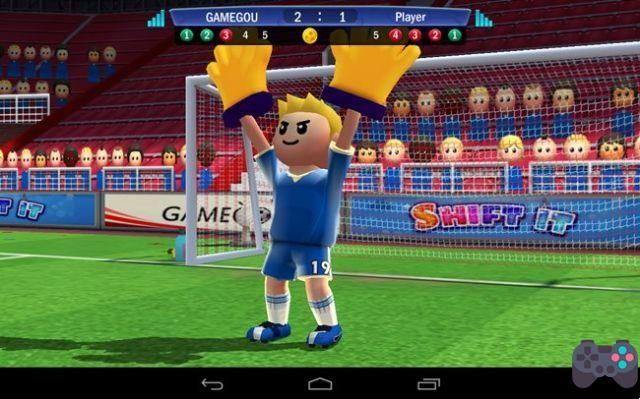 Perfect Kick is a really fun soccer game for Android. With little content to download and great graphics, Perfect Kick is an excellent option for those who don't want to download big games like FIFA 14 or Real Football 2014. The game is all about penalty kicks, but there's the possibility of challenging your friends to a game online. Players and goalkeepers can be “evolved” and customized, adding new clothes and improving their shots.