Check out the best cell phones used to buy in 2020 and beginning of 2021. With focus on games!

The end of the year is coming and we all know that this one will be different. Due to the various problems that occurred, the Black Friday this year has everything to be one of the WORST of all time.

You can expect abusive pricing, blatant marketing, and the regular price of some phones disguised as a discount. Finding value for money is going to be a problem.

For those who need to buy a cell phone, but are not willing to pay R$ 2 in an intermediary, we have prepared an article with tips for used smartphones which still run any game and they are great for everyday use.

When buying any used device, we need to follow some basic recommendations. We know that some of them are “boring”, but the objective here is to protect the consumer from potential scams.

A disclaimer: Yes, we know that the best smartphones for gaming are devices with a 120hz screen like ROG Phone 2 and 3, and other devices. But we're not going to stay here recommending a device worth 4 thousand reais, are we? The focus here is cheap cell phones. 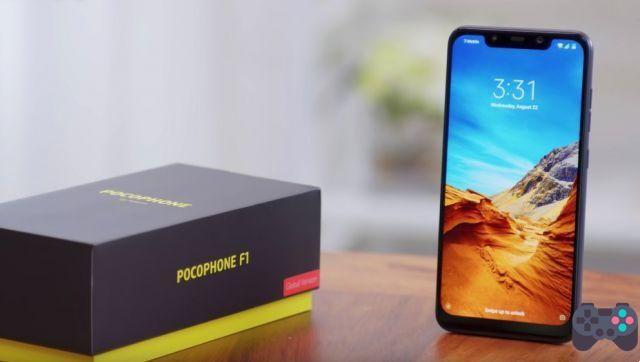 A true "witchcraft wizard". The Pocophone F1 is the answer for those looking for a good and cheap used smartphone, but that runs everything on the stem (or almost on the stem).

Despite using the Snapdragon 845, a processor originally released in 2018, the F1 still runs the vast majority of games today, including very heavy games like Genshin Impact and Fortnite.

PSP and Game Cube emulation will also be no problem on this smartphone.

You will only have performance issues with Poco if you want to play games and stream live in 1080p at 60 fps. But for those who are just going to play games and use the device on a daily basis, the Poco is an excellent cheap smartphone.

Best price range to pay? Look for the Pocophone F1 in the R$1 to R$1.500 price range. Values ​​higher than that are not worth it, it is better to save a little more money and buy another smartphone, such as the Samsung S10 Lite, for example, which already comes with a more current processor (Snapdragon 855).

Search! There are a lot of used Poco for sale at Mercado Livre. 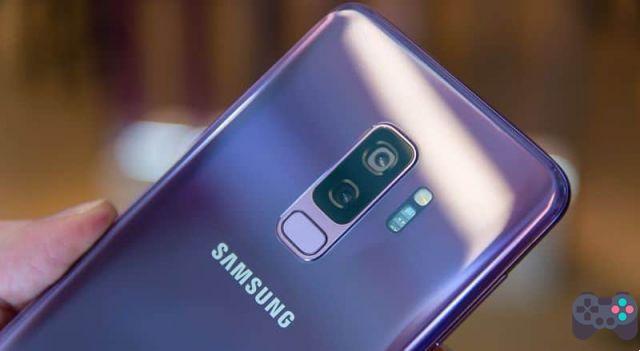 The Galaxy S9 and S10 Lite are two anomalies in Samsung's portfolio in Spain. Around here, the company is known for using Exynos processors, which are good in the short term, but as the years go by, they often show “tiredness” with newer games and emulators.


The S9 and S10 Lite are exceptions to this rule, as they use Snapdragon processors (845 and 855, respectively).

Despite the smaller battery, the Galaxy S9 is also an interesting recommendation, especially for those who already have other devices from the brand. But be warned, it's only 3.000 mAh. The smartphone does not have a “tank” to withstand a day of intense use. You will have to charge it once or twice during the day.

Also watch out for the smaller capacity battery and “only” 4GB of RAM. The 4 GB means that you will see a lot more “refresh” of apps than if you had 6 GB. These “refresh” are the smartphone's act of restarting a minimized application. This happens more often on devices with less RAM.

The S9 Plus is basically the same device with an extra camera, 6GB of RAM, a slightly larger screen, and 500mAh more in the battery tank.

Still talking about S9 and S9 Plus we have some extra bonuses like ip69 water protection and amoled screen. 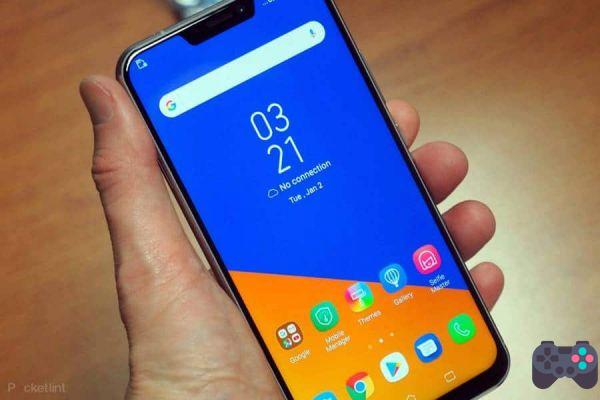 The Zenfone 5Z is one of the most interesting models for those looking for performance. After all, the phone has a Snapdragon 845 and 8 GB of RAM. Internal storage is also a “kick in the bucket” the device arrived in 2018 with 256 GB of standard storage.


The big problem will be finding it used to buy. Generally, those who have, don't sell or don't sell cheap. But you can be lucky and find it in the range of R$ 1.500, more than that don't buy it.

In addition, everything that was said about the Pocophone F1 can be applied to the 5Z, with the exception of LiquidCool (liquid cooling, present only in Poco) 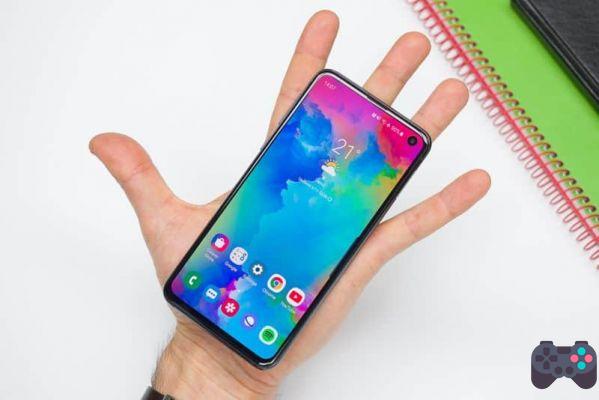 It is already possible to find used S10e on sites like Mercado Live and Trocafone.

The device runs many games today, but you have to be aware of the battery that can disappoint for those who want to play for many hours. It's only 3.100 mAh. The screen can also disappoint those looking for a “big screen” for games. It's only 5.8 inches.

Going down a bit in the specs, we can find some interesting prices for older models. But be careful not to overpay for things that are too old. No looking for old 2016 smartthone. 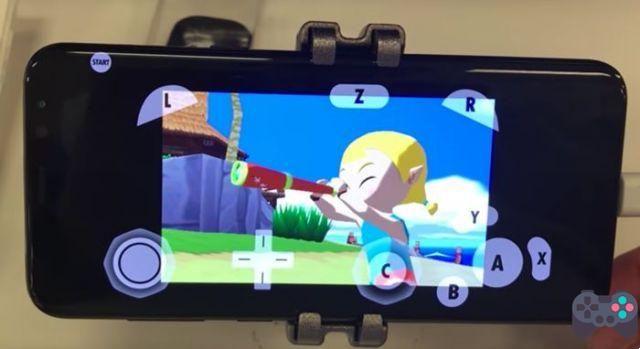 The first of them in this “runs almost everything” category is the Galaxy S8. The set here usually fares well with old games or current games on the “low” graphics setting. However, here we already have that “it is more or less” face. Because the prices of used ones don't usually cooperate. Buy only if you find the S8 in good condition for less than R$ 1 thousand reais.

And the S7? Still worth it? Well, it is difficult to recommend buying a Galaxy S7 Edge, even if used, in good condition for the year 2020 and 2021. Only do this if you find one that is very cheap, nothing more than R$500 to R$600 reais. Even so, it is very difficult to find devices for sale in this range. Although the device was a dream of consumption for many people, time has passed.

Lenovo ZUK Z2 Plus or Pro

The good old ZUKÃO of the mass returns to our lists of the best smartphones. This old warrior is great to become a "gift for son or nephew". Despite getting a lot hot during the game (because of the glass body) both the Z2 Plus and the Pro still manage to run many heavy games, using the “low” or “medium” configuration.

Below, you can see a video of the ZUK Z2 running Genshin Impact and recording the gameplay. Impressive.

The Snapdragon 820 struggles to record the screen when running the game on ultra, but playing on the “low” setting, Genshin Impact flows at 30fps.

The only problem here is the screen size. It's just 5 inches and 5.2 on the Pro sibling. The Pro still has a version with 6GB of RAM and 128GB of internal space. Can you just imagine that in 2016?

Yes 2016. And that's exactly what you have to keep in mind when buying a ZUK. Do not pay more than R$ 500 reais on such a smartphone.

Although the Z2 Plus and Pro gained a survival with alternative ROMs such as Lineage OS, which provide up to Android 10 in an unofficial way, it is necessary to pay attention to the set of processors, memories and other components, which are notoriously outdated. 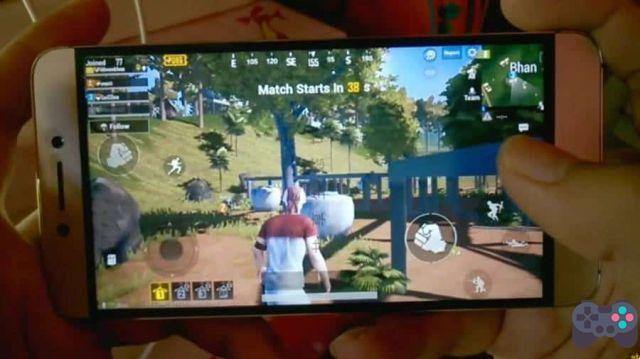 The great charm of Leeco's devices is the larger screen than the ZUK Z2 (5.5 inches against 5 of the ZUK). However, it is necessary to be aware that some Leeco devices are displaying that message that the cell phone is irregular and the chip (number) will stop working.

So it's worth bargaining for a Leeco (Leecão for those close to you) to buy that cell phone for your little son to play. There is even a new Leeco for sale on Aliexpress.

Up to what price to pay? Buy them up to R$ 500 reais or less if you have this problem with the operator chip.

– Bonus: What is the limit to buy a used Android smartphone?

Will you want to buy a 2017 or 2018 intermediate? Always stay in that margin of “4GB / 64GB” and devices that cost up to R$ 600 reais. Beware of some Samsung intermediaries that operate in “32-bit mode” and may be incompatible with various games.

If you are looking for an intermediary and want to spend more than R$ 800 reais. It might be more interesting to import a cheap device from China. Soon, we will post another list, this time of cell phones that are worth importing.