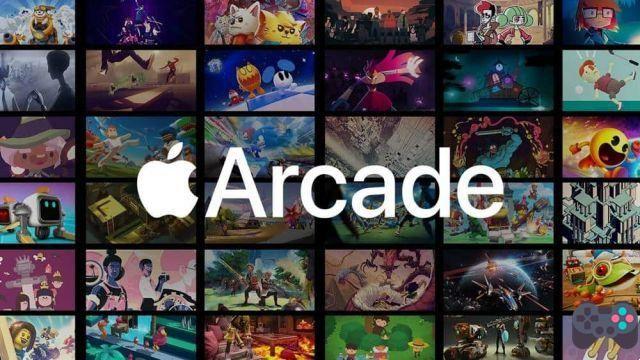 We've separated the best games from the Apple Arcade service for you to play on your iPhone, iPad, Mac or Apple TV.

Not familiar with Apple Arcade? It is a service that offers premium games for just R$10 per month. You subscribe to the service and have access to a large number of games.

What are the advantages of Apple Arcade?

Oceanhorn 2 is one of the most anticipated games of the year and a serious contender for the best game of 2019.

A fantastic 3D adventure as many mobile gamers have always wanted. Amazing graphics and a feeling of playing a Nintendo Switch game.

But both games that go beyond the similarities. Oceanhorn retains its own charisma and charm, delivering an exciting 3D adventure, even more interesting than the first game.

Oceanhorn 2: Knights of the Lost Realm is the best offline game to play today, and alone, it's worth the monthly fee of R$ 10 reais.

Several sequels and exclusive games made their way to Apple Arcade first. Cat Quest 2, for example, is a long-awaited game on various consoles like Playstation 4 and Nintendo Switch. However, it arrived first on the iOS game service.

This title is an action RPG with a cute look. But this time, it's not just a kitten, we can control a dog too.

The Apple TV and Mac version even allows for local co-op for up to two players. Playing on the iPhone, the player can switch between the two characters.

So anyone looking for an RPG with an action focus, green fields, giant map and lots of stages, will find in Cat Quest II a candidate for an epic adventure. Remembering that the game is all in Spanish.

The game is divided into phases and follows a very interesting pattern. The footprint looks like a console game, with the possibility of ending. Detail: ZERO BUILT-IN PURCHASES.

The graphics are very beautiful and the gameplay is captivating (for those who played the classic on Atari). In Frogger in Toy town, your mission is to rescue the little frogs that are in trouble.

Rayman was miniaturized by a mage and now needs to get back to normal. As much as Rayman Mini has the same look and gameplay as previous titles, it's always good to get a game from this little guy without arms and legs.


Before you complain about the controls, there's the possibility to go back and forth, jump whenever you want and etc. But yes, it continues to run automatically.

For me, as always, the great highlight is the arts of the sets, which are still beautiful. A great game from Ubisoft.

5 – Shinsekai: Into the Depths

Anyone who enjoys indie games and games with a “strange” feel should play Shinsekai: Into the Depths.

Your character lives in the depths and you need to find ways to survive in this inhospitable environment.

In Shinsekai, the world has been swallowed by the waters, and what's left of humanity lives at the bottom of the ocean. But that's the least. The new problem is the freezing of the sea, indicating a new ice age. Where will beings flee to?

The graphics are very beautiful, but the gameplay may not please some, as it is a little slow.

Did you find Shinsekai weird? Looks most bizarre of all! The game is from CAPCOM!

6 – Shantae and the Seven Sirens

Shantae returns with a mobile game. No, it's not just any game. The franchise that began first on the Game Boy Color, reaches its fifth episode as a “metroidvania” for iOS.

Shantae and the Seven Sirens is the same game that will be released later for consoles like PS4 and Nintendo Switch. A charming platform game with lots of content to explore, good gameplay and dozens of hours of fun.


For those unfamiliar with the franchise, Shantae is a series of games where you control a half-genius, half-dancer girl who solves her problems with dance moves.

Earthnight is a game with beautiful art. If I were to sum it up I would say it's a runner. But the game's art is so unique that it deserves an immediate download and it certainly couldn't be missing from our list of the best Apple Arcade games.

The story is simple: a girl and an old man end up on a spaceship. To get back to Earth they simply jump and “run” back on the backs of galactic dragons.

A trip right? The game is like that. A crazy journey through the cosmos with lots of retro art and music that looks like it came straight out of the Nintendo 8bit.

Two cute little turtles are going to adventure on a 3D island in a cute game. Way of the Turtle is an unpretentious 3D action game ideal for kids of all ages.

Collect all coins in this platform game. Along the journey, the player can collect new hooves that grant new abilities.

Operator 41 is a spy action game. The game already opens with those intros in the best style "The Panthers" or "007".

The gameplay is very reminiscent of GO games, but without movement reciprocity. Just slip by stealthily without being seen. A great hobby with dozens of levels.

Fans of games like CONTRA and 80s cartoons need to play Spidersaurs. Developed by Wayforward, the same as Shantae, the game is a tribute to the childhood of many people (including mine).

The gameplay is totally CONTRA (Konami), a very fun “run and gun” game. But what captivated me right away was the intro and trailer of this game.

I'm sure the producers watched a lot of cartoons like Jayce and the Wheeled Warriors and Dinosaucers.

Agent Intercept is a racing game where you control a super-equipped car of an agent in the best 007 style.

It may not seem like it, but the game has stages, bosses and a crime-fighting story. The game is from PikPok, the same as Into the Dead.

It looks like a free game, but it doesn't have any built-in purchases.

Have you ever wondered what the “Cyberpunk 2077 Uber” would be like? This seems to be the purpose of the adventure Neo Cab. Of course, the iOS game has nothing to do with Cyberpunk 2077, but it has a similar atmosphere with lots of neon lights, Synthwave and “futuristic” aesthetics.

In an increasingly individualistic world, you control Lina, Earth's last human app driver. Talk to your passengers, discover their stories in a touching game.

The interesting thing about Neo Cab is that the player needs to develop his conversational skills to not be too intrusive, remain friendly and get good grades in the app.

Sonic Racing is the mobile version of Team Sonic Racing. A kart racing game with SEGA characters. It is very reminiscent of other titles already released for mobile, but with a more casual feel.

Races are fast paced, and the game is online only. I was surprised that the game breaks the Apple rule, but at least it doesn't have excessive monetization.

Hot Lava is a PC and Console game that was also released on Apple Arcade. In Hot Lava, the child's game where "Chão é de Lava" became a great game.

Avoid contact with the ground in a crazy parkour game.

To close our list of the best Apple Arcade games, a puzzle game. ChuChu Rocket! Universe is a SEGA game in which you have to guide these strange beings to your rocket.

Some stages of this game remind me a lot of the bonus stages of Sonic 3.

[LIST IN PROGRESS, VISIT THE SITE AFTER TO SEE THE TOP 25 BEST GAMES]

add a comment of Best Apple Arcade Games for iOS