We list six Android phones that have HDMI output (MHL or Alt Mode for USB-C). Discover the differences between these technologies and find the ideal smartphone to start your mobile streamer career. 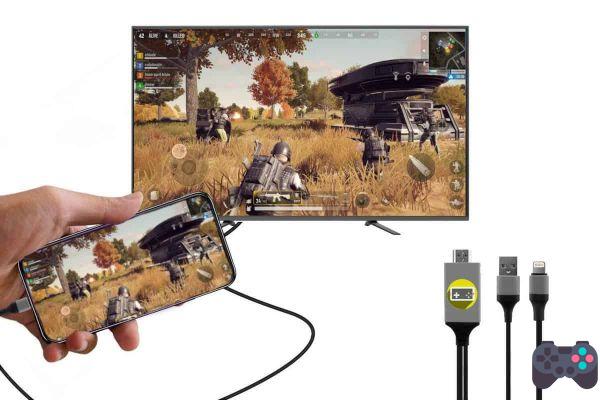 When it comes to livestreaming using the computer and smartphone combo, it is common to use an iPhone. Apple has always put audio and video output on Lightning ports.

The same cannot be said for Android. Although Samsung, Sony, Nokia and HTC have partnered to implement a protocol, the feature was restricted to a few devices (only high-end devices).

In this article we will explore these two technologies, in addition to giving tips on which are the best devices to make “lives” using an HDMI cable connected to a capture card on the PC.

MHL is short for “Mobile High-Definition Link”. In 2010, a group of companies, including Sony and Samsung, developed the MHL connection protocol. 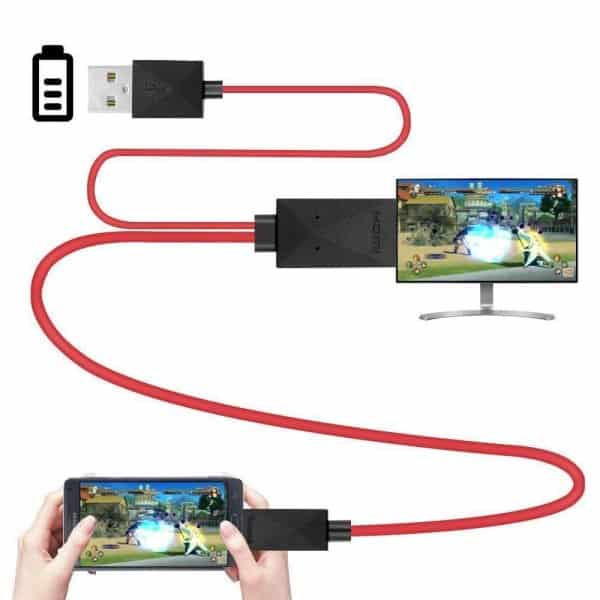 MHL uses a special type of HDMI connection on compatible TVs and A/V receivers to connect smartphones, tablets and other devices. The standard takes the image and audio content from the smartphone and tablet to the TV, receiver or capture card. All in high definition and with a screaming bitrate.

The standard emerged at a time when Micro-USB input was quite common. Nowadays, the standard is USB-C, but there are smartphones that use MHL Alt Mode for USB-C.

To use MHL you need a Micro-USB or USB-C to HDMI adapter.

Does any smartphone work with this adapter? No!

This is the reason for the hatred and frustration of many users who do not know how this technology works. For it to work, the company must have enabled the feature on the smartphone.]


Later in this article, you will find a cable that works on any smartphone.

Where to find cheap MHL to Micro-USB adapter?

Where to find cheap HDMI to USB-C cable?

Are you going to do lives for long hours? We recommend using a cooler for cooling

What is HDMI Alt Mode for USB-C? 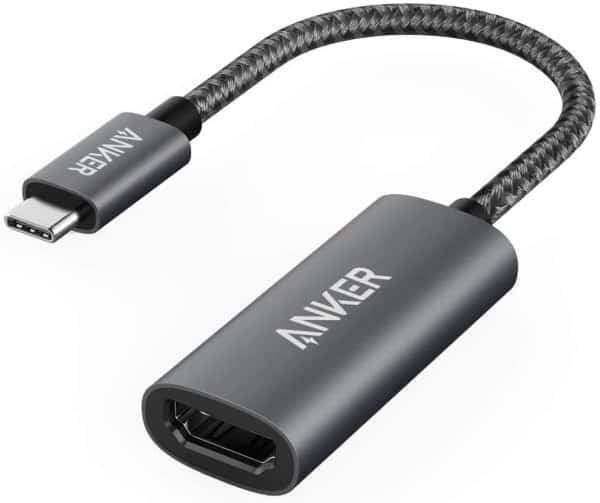 Unlike MHL, which was a protocol developed independently by a few companies, “HDMI Alternative Mode for USB Type-C” is a protocol created by the same consortium that made HDMI.

Much simpler, the HDMI Alt Mode for USB-C does not require an adapter, just a cable with USB-C and HDMI outputs.

The advantages of HDMI Alt Mode for USB-C over MHL are between providing more power and allowing mirroring on multiple outputs.

All this, of course, will depend on the manufacturer. Because, many companies do not enable the HDMI Alt Mode for USB-C.

Isn't it better to just use scrcpy / sndcpy ?

There are other methods to transmit image and audio through a USB cable. These are unofficial methods, in good Spanish, GAMBIARRA!

Scrcpy is an application that allows you to mirror the screen of any Android smartphone on the computer screen via USB. But there are major limitations. In addition to the image being very compressed, there are games where the audio is not enabled with its fork, sndcpy.

And the MiraPlug cable? It works on any phone right?

There is also the MiraPlug cable, an HDMI to USB cable that makes it possible to mirror the screen on any smartphone. However, this cable needs the smartphone to be in “USB Debugging” mode, something prohibited by some competitive games like League of Legends Wild Rift and PUBG New State. As with scrcpy / sndcpy, in MiraPlug the image and audio are compressed and delayed.

Or MiraPlug cable can be found on Aliexpress for around R$ 90 reais.

The best smartphones with MHL and HDMI via USB-C

In our experience, it's a bad solution since both MHL and HDMI Alt Mode for USB-C offer uncompressed audio and image, without delay and bringing maximum quality, something very desired for those who want to make livestreams.


Let's go to smartphones with real support? Check out!

The dream of becoming a mobile game streamer permeates the imagination of many mobile gamers.

It is quite common for people to search for a smartphone for games, but without saying that they really want to stream. Then he is disappointed and complains about his cell phone. 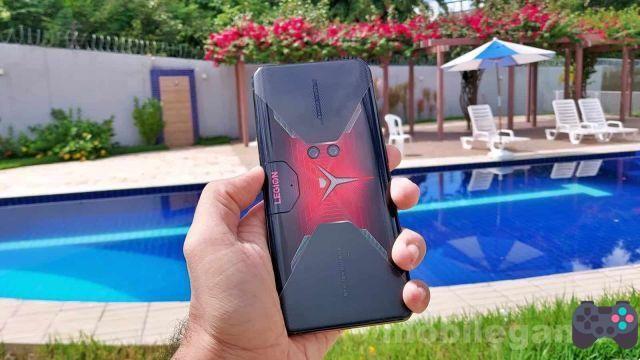 Nothing better than starting this list with a smartphone 100% dedicated to this.

The Lenovo Legion Duel is a gaming smartphone that has two USB-C ports, one on the bottom of the device and one on the side. It is precisely the side port that has an HDMI output. This is perfect, as most games are “horizontal”, the cable doesn't get in the hands while playing.

Although not new, the Lenovo Legion Duel has Snapdragon 865+ and 12GB of RAM. With this kit it is possible to run the vast majority of Google Play games smoothly. In addition, the smartphone has a very good cooling system, which allows you to stream for hours without heating the device too much.

The Lenovo Legion can be purchased for around R$2.200 reais on AliExpress.

For those looking for a more common smartphone for everyday use, but want it to be powerful for games and good for mirroring the screen, you can count on the Motorola Moto G100.

With Snapdragon 870 and 12 GB of RAM, this Moto G on steroids surprised by having an HDMI output via USB-C. 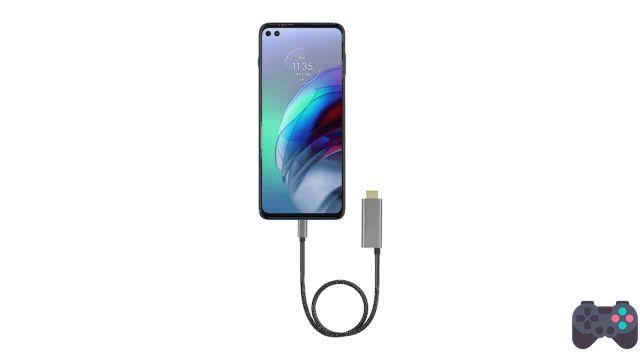 It's even surprising that the Moto G100 comes with support for HDMI Alt Mode for USB-C. There are two versions of the device. One of them already comes with the HDMI cable for you to connect to your TV, Monitor or capture card.

Without a doubt, the Moto G100 is one of the best options for those looking for a smartphone with HDMI in Spain, and do not want to pay more than R$ 3 thousand reais. It is common to find the device on sale costing below R$ 2.700.

The Moto G100 has a sober design and goes unnoticed on this list for not having LEDs and an aggressive “gamer” look. But what counts is performance, right? Here he puts on a show!

The price is very competitive, and it's worth it for those who don't want to wait to import a smartphone with these configurations.

Where to find the Moto G100 at an affordable price? American stores.

And here we come to the obvious choice.

Let's say you want the gamer side of the force. Like the Lenovo Legion, any version of the ROG Phone has an HDMI output via USB-C.

We put the Lenovo Legion first on the list for a very simple reason: the price!

Any ROG Phone is easy for R$ 3.5 thousand reais, and finding a ROG Phone 3 below 2.4 thousand is very difficult.

If you find it, you can buy it without fear. ROG Phone is the best gaming smartphone lineup today. Nothing compares on Android. Forget comparatives evaluating only specs. I don't know what ASUS does, but the cooling of these devices is exquisite. Everything runs smooth for hours on them.

Like the Legion, the ROG may lack cameras, but in terms of performance, it has no flaws.

Samsung has always paid extra attention to the Galaxy S line. Since the Galaxy S3, smartphones in this line have always been packed with features to compete with iPhones.

Various sensors such as thermometers and even atmospheric pressure and even humidity meters. And of course the MHL could not be missing.

It was the Galaxy S line smartphones that popularized the term here.

In fact, Samsung is so competent in this regard that it created a support capable of transforming its latest tops (S8 onwards) into a true workstation. Dex Station allows this, but smartphones supporting MHL to USB-C are not restricted to using it. You can use any HDMI to USB-C cable that works. 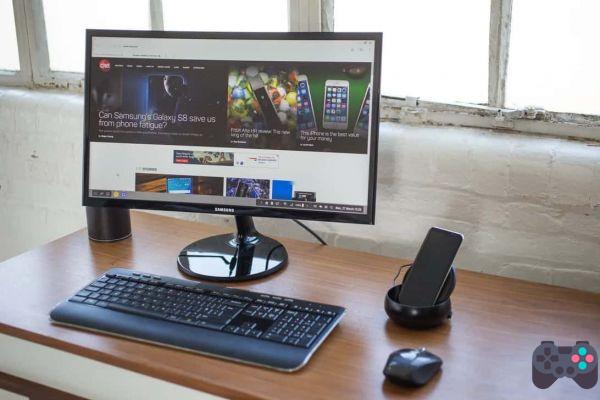 Currently, desired gaming performance will only be found on Galaxy S10 and S20 and newer smartphones.

In Spain, the only problem is the adoption of Exynos. It's not a bad chip for general use, but for heavy gaming use, it can have a lot of thermal throttling. We recommend using a fan to dissipate heat like the one here.

But if you want to test on older devices like the S8 or Note 8, you can go for it, it works without problems. these processors in Spain.

A warning: beware of the S10 Lite or S20 FE models. They don't have MHL. These are cost-effective models, so Samsung has removed several features. The S10 Lite and S20 FE DO NOT support Dex or HDMI out.

Reason for much disappointment for those who buy Xiaomi's gamer line, the Xiaomi Black Shark 2 is the only smartphone in the line that supports HDMI output via USB-C. 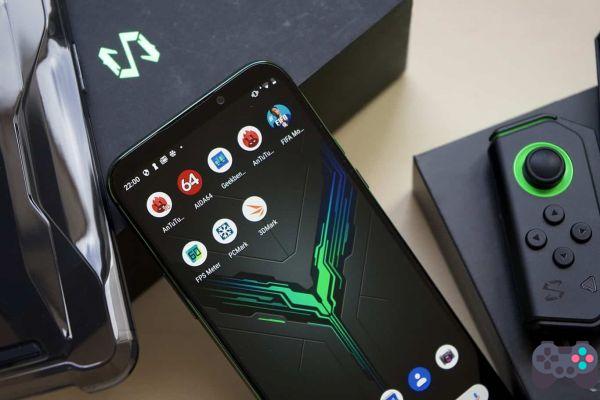 The Snapdragon is the 855+ and for those who will enter 2022 with a new cell phone, it may be better to buy another smartphone. We included it in the list, as a curiosity and alert. It's no use buying the Black Shark 4 and then asking for an HDMI output on the Xiaomi forums, the 4 simply doesn't have it.

Another line of smartphones where all versions have HDMI output via USB-C (I can't confirm the 6R, but all others are supported).

This brand is little known in Spain, but its smartphones from the Red Magic line stand out for supporting HDMI output.

On Aliexpress you will find several versions that vary in price and release date. 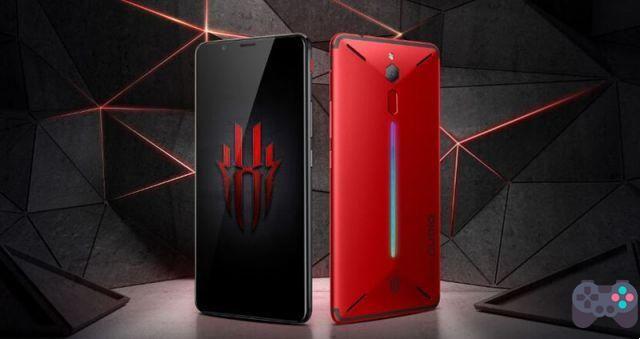 Of course, the coolest versions are the ones with Snapdragon 888 and 888+. But it is possible to find older versions if the current ones are out of your budget.

One of the highlights of Nubia Redmagic is the active fan system that even has fans inside the smartphone.

Nubia also has the Red Magic 6R version which is one of the cheapest Snap 888 smartphones today.

And here ends our article,  here you can see a complete list of all smartphones with HDMI output support. But the ones we selected here are the best for making lives. The others are older models and gaming performance may be compromised.

add a comment of Best Android Smartphones with HDMI Output