We have prepared a special, updated list of the best controls for Android phones. Are they worth the investment? See joysticks, L1 R1 buttons, Grips, bluetooth controllers, WiFi and more. Everything to make your game perfect. 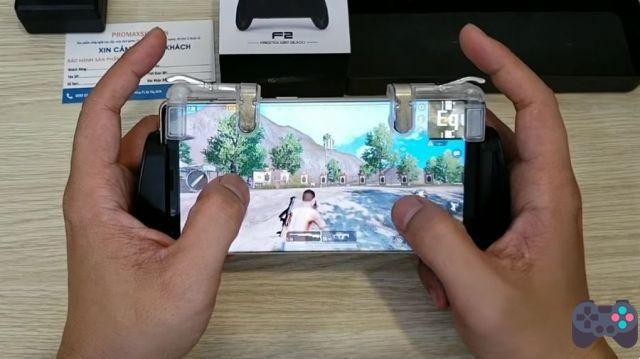 In the year that Battle Royale games exploded on mobile, the GameSir F2 Firestick Grip is the perfect bet for anyone looking for quality L1 R1 controllers!

Ideal for games like PUBG Mobile, Fortnite, Creative Destruction and many others. The control consists of two parts: side buttons to place on the device, which will “touch” the screen for you, and a grip to fit the Android smartphone and improve the grip.

I've tested several of these buttons and I can say, it's a long shot. It is common for you to buy a cheap one and be dissatisfied, and then have to buy another one.

The ones from GameSir have a superior quality, as they are made of acrylic and have a better finish. The “grip” that accompanies the buttons greatly improves the grip, especially for those who have a thin smartphone. In addition, the grip keeps your hands away from the phone, preventing them from sweating when it heats up. 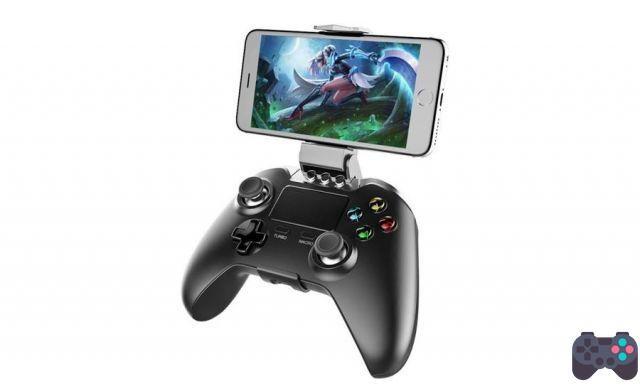 The Ipega PG 9069 is a controller that I've been testing for some time (review coming soon). Made to be multipurpose, this is one of the most versatile gamepads on the market.

The housing resembles the Xbox One controller, but the highlight is a touch on the front. This makes the PG 9069 ideal para Android Box. With the touch it is possible to play several games directly from it, without having to map the screen.

But if you need to map, you can use the Octopus app which works without any problems. The PG 9069 is the best Ipega controller today.

The iPega 9069 Control comes with an MCU processor (the same as the Gamesir), made to reduce the imput lag in the communication with bluetooth.

All in all, the cheapest and most versatile controller on the list. Ideal for those looking for a gamepad but don't want to spend a lot.

GameSir really went too far in this BattleDock. The guys made an aberration so that people with poor touch skills could have fun in PUBG Mobile and other Battle Royale games.

The Dock is an interface that allows you to connect a mouse and keyboard to your smartphone or tablet. Connect the two, turn on the screen mapper and you turn your smartphone into a computer.

It is also ideal for activities other than games. With it and some apps, you literally have a pocket computer and you can even do schoolwork.

Before they come to me with mimimi, Yes you can have an almost identical skill to those who play on PC on touch. See this guy here playing with 3 finger hud.

To make it clear, when you buy the Dock, what comes is the silver part where the cell phone is docked. You still need to buy mouse and keyboard separately. 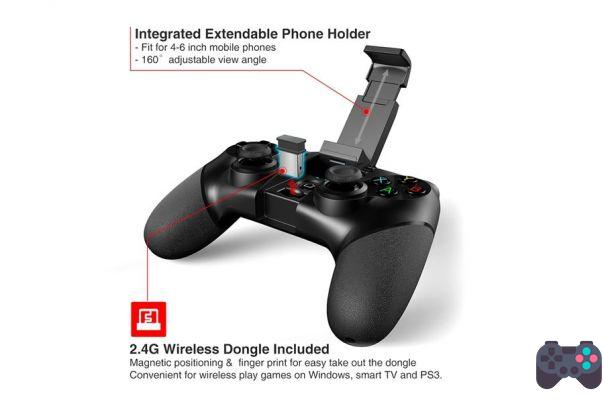 Compatibility is very similar to that of the G4S with the possibility of working on iOS, Android, PC and PS3. It even comes as a USB dogle for you to connect to your PC or PS3. Still on the USB dogle, it is Wifi 2.4 GHZ.

The gamepad control has turbo buttons, macro and a grip to attach the smartphone up to 6 inches. It just lacked a dedicated processor like the G4S. 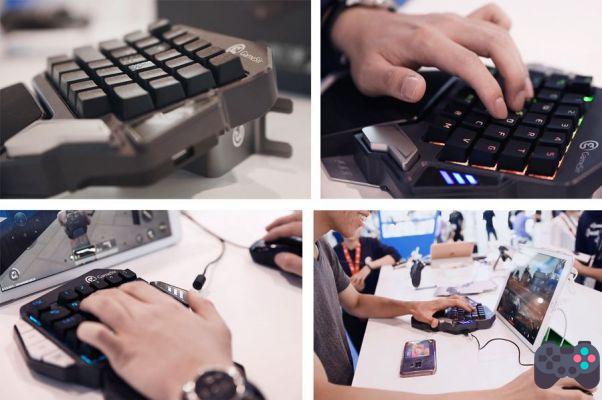 GameSir Z1 is a mechanical keyboard with micro-USB input, ideal for you to connect your mouse and then connect everything to your Smartphone or tablet.

It is more suitable for tablets, as there is no support for the smartphone. The connection to the device is bluetooth.

The RGB visuals and the possibility to choose between cherry and Kaih switches is further proof that GameSir takes this mobile peripherals thing too seriously, the guys are just crazy.


The GameSir Z1 still comes with the same mapping software as the X1 BattleDock and comes with other controllers from the company. The app perfectly matches the controls of this brand and allows you to map buttons on the screen with ease. 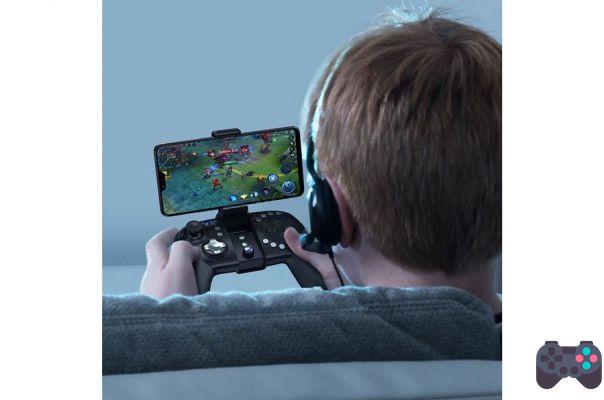 The GameSir G5 is meant to be a successor to the G4S. But as the older model continues to sell very well, GameSir decided to bet on another competitive niche, that of MOBA games.

It's not that the G5 is a controller made just for playing MOBA, but the amount of front buttons makes the controller great for this type of game.

There are 8 front buttons and a front touch panel for the user to touch and quickly navigate through the scenario, menus and etc.

In shooting games this touch panel is also surprising. It plays the role of the camera and makes the accuracy great, replacing the right analog stick.

Of all the controllers on the list, the GameSir G5 is definitely the best mobile controller today.

GameSir launched the controller campaign on KickStarter earlier this year. The first models have a more rustic finish, but the current ones already have much better buttons.

And those were the best Android phone controls of 2018 (so far). Was one missing? Check out our previous lists:

Top 7 Best Controls for Android and iOS Phones of 2017

Top 5 Best Controls/Joysticks for Android of 2016

best emulators for android in 2022 ❯

add a comment of Best Android Phone Controls of 2018